“ The fear of appearances is the first symptom of impotence. ”
Fyodor Dostoyevsky, Crime and Punishment (1867). copy citation

“«But that's not so, not so! Brother, what are you saying?»
«Ah, it's not picturesque, not æsthetically attractive! I fail to understand why bombarding people by regular siege is more honourable. The fear of appearances is the first symptom of impotence. I've never, never recognised this more clearly than now, and I am further than ever from seeing that what I did was a crime. I've never, never been stronger and more convinced than now.»
The colour had rushed into his pale exhausted face, but as he uttered his last explanation, he happened to meet Dounia's eyes and he saw such anguish in them that he could not help being checked.” source

“Ignorance is the parent of fear” Herman Melville, Moby-Dick

“Fear of a name increases fear of the thing itself.” J. K. Rowling, Harry Potter and the Philosopher's Stone

“Fear is an instructer of great sagacity, and the herald of all revolutions.” Ralph Waldo Emerson, Compensation

“don’t be over-wise; fling yourself straight into life, without deliberation; don’t be afraid—the flood will bear you to the bank and set you safe on your feet again.” Fyodor Dostoyevsky, Crime and Punishment 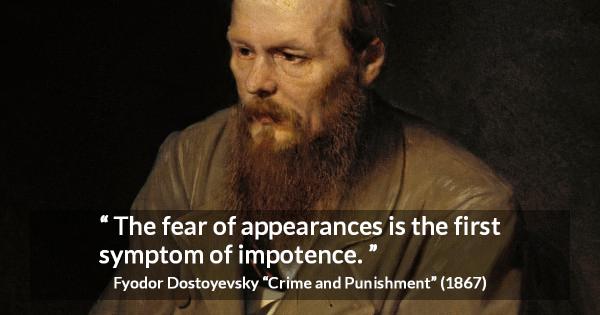 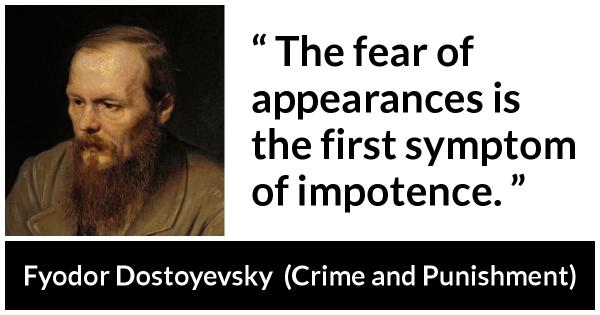 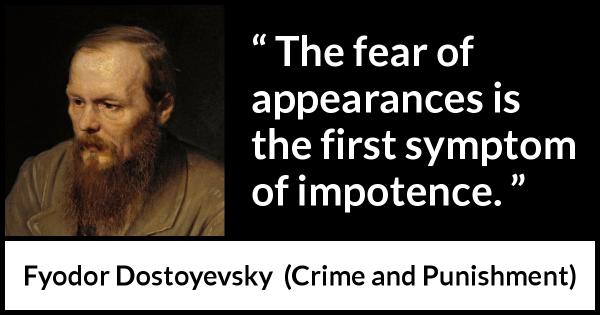 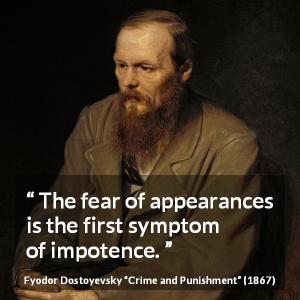 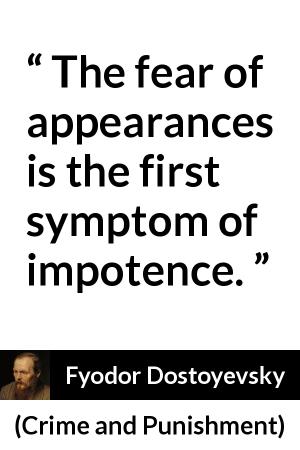 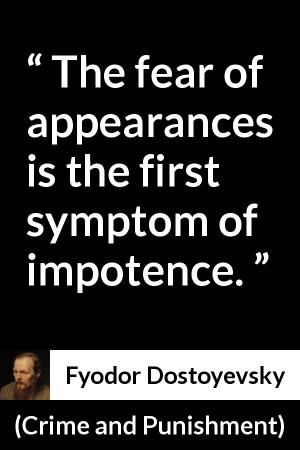