“Even as it was, I thought something of slipping out of the window, but it was the second floor back. I am no coward, but what to make of this head-peddling purple rascal altogether passed my comprehension. Ignorance is the parent of fear, and being completely nonplussed and confounded about the stranger, I confess I was now as much afraid of him as if it was the devil himself who had thus broken into my room at the dead of night. In fact, I was so afraid of him that I was not game enough just then to address him, and demand a satisfactory answer concerning what seemed inexplicable in him.
Meanwhile, he continued the business of undressing, and at last showed his chest and arms.” source

“The fear of appearances is the first symptom of impotence.” Fyodor Dostoyevsky, Crime and Punishment

“Only fear can defeat life.” Yann Martel, Life of Pi

“Laughter is poison to fear.” George R. R. Martin, A Game of Thrones

“The nature of parents is to embarrass merely by existing, just as it is the nature of children of a certain age to cringe with embarrassment, shame, and mortification should their parents so much as speak to them on the street.” Neil Gaiman, Anansi Boys 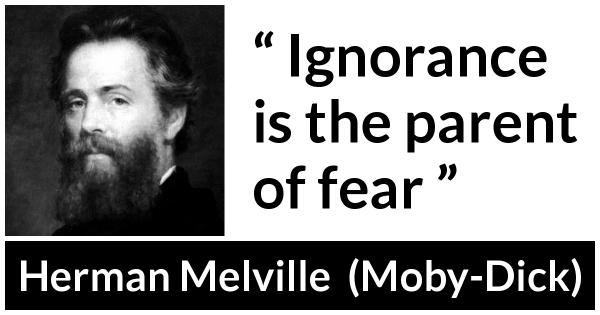 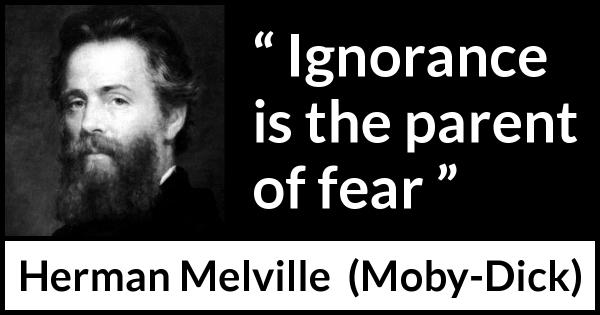 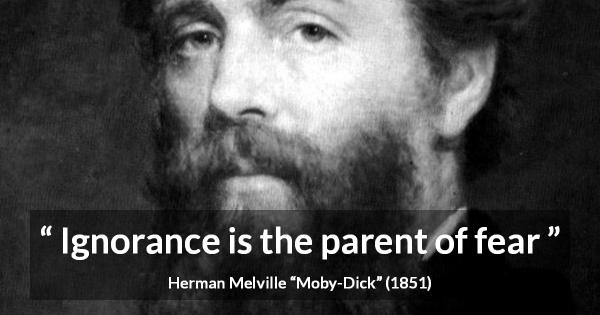 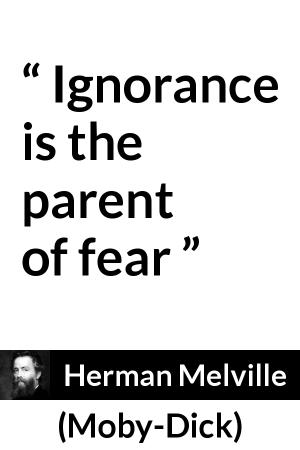 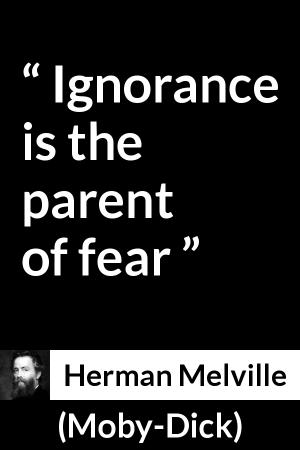 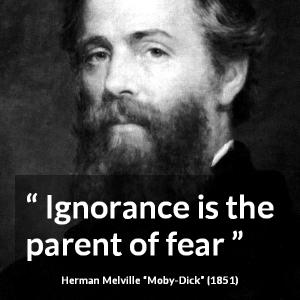