“ People of the same trade seldom meet together, even for merriment and diversion, but the conversation ends in a conspiracy against the public, or in some contrivance to raise prices. ”
Adam Smith, The Wealth of Nations (1776). copy citation

“That everywhere in Europe the greatest improvements of the country have been owing to such over flowings of the stock originally accumulated in the towns, I shall endeavour to shew hereafter, and at the same time to demonstrate, that though some countries have, by this course, attained to a considerable degree of opulence, it is in itself necessarily slow, uncertain, liable to be disturbed and interrupted by innumerable accidents, and, in every respect, contrary to the order of nature and of reason. The interests, prejudices, laws, and customs, which have given occasion to it, I shall endeavour to explain as fully and distinctly as I can in the third and fourth books of this Inquiry.
People of the same trade seldom meet together, even for merriment and diversion, but the conversation ends in a conspiracy against the public, or in some contrivance to raise prices. It is impossible, indeed, to prevent such meetings, by any law which either could be executed, or would be consistent with liberty and justice. But though the law cannot hinder people of the same trade from sometimes assembling together, it ought to do nothing to facilitate such assemblies, much less to render them necessary.” source

“I have never known much good done by those who affected to trade for the public good.” Adam Smith, The Wealth of Nations

“They're all right in a way—I'm very good friends with them—pass the time of day when we meet, and all that—but they break out sometimes, there's no denying it, and then—well, you can't really trust them, and that's the fact.” Kenneth Grahame, The Wind in the Willows 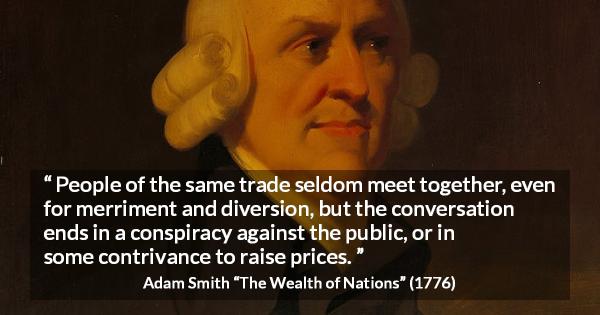 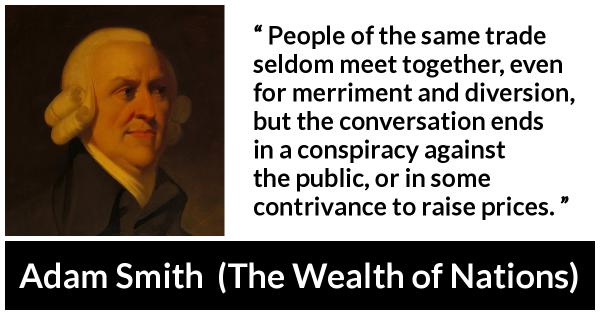 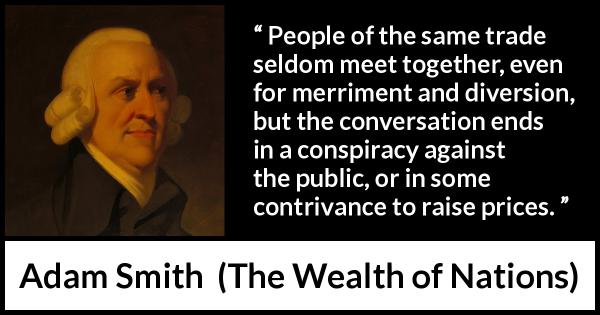 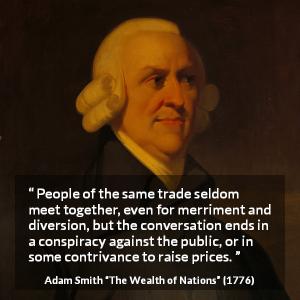 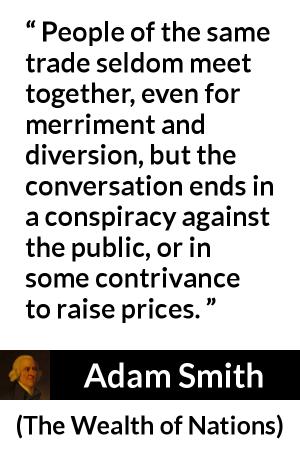 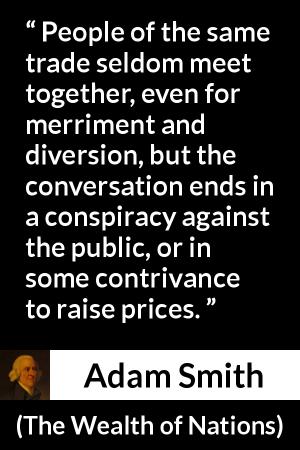