“ I have never known much good done by those who affected to trade for the public good. ”
Adam Smith, The Wealth of Nations (1776). copy citation

“Nor is it always the worse for the society that it was no part of it. By pursuing his own interest, he frequently promotes that of the society more effectually than when he really intends to promote it. I have never known much good done by those who affected to trade for the public good. It is an affectation, indeed, not very common among merchants, and very few words need be employed in dissuading them from it.
What is the species of domestic industry which his capital can employ, and of which the produce is likely to be of the greatest value, every individual, it is evident, can in his local situation judge much better than any statesman or lawgiver can do for him.” source

“It is easy enough to do good once or twice, but to keep on doing good without getting disgusted with the ingratitude of those whom we have benefited, that is not so easy.” Martin Luther, Commentary on the Epistle to the Galatians

“Neither worse then nor better is a thing made by being praised.” Marcus Aurelius, Meditations

“After a while you learn that privacy is something you can sell, but you can’t buy it back.” Bob Dylan, Chronicles, Volume One 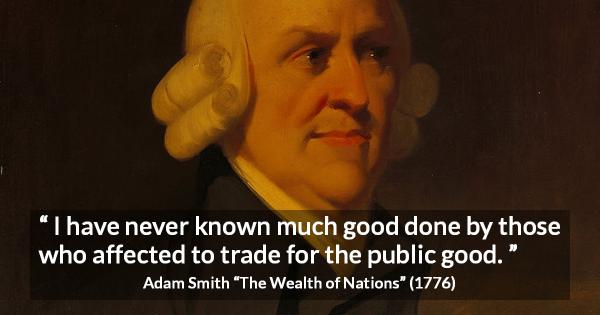 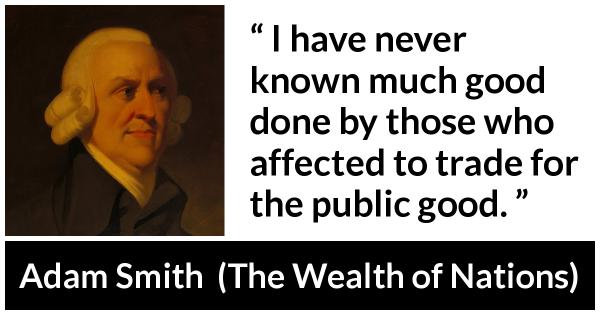 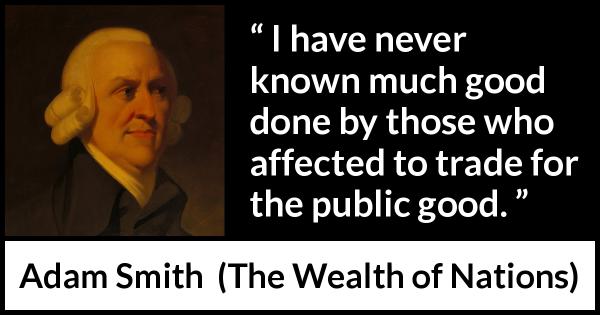 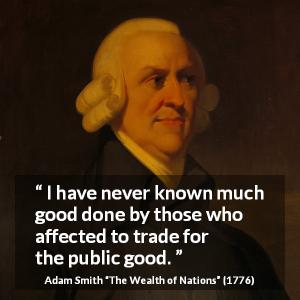 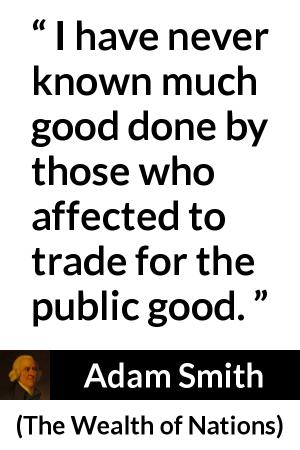 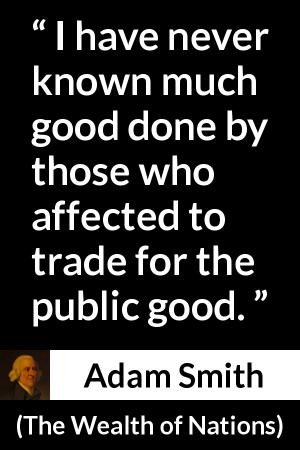