“ One may know how to conquer without being able to do it. ”
Sun Tzu, The Art of War (5th century BC). copy citation

“To secure ourselves against defeat lies in our own hands, but the opportunity of defeating the enemy is provided by the enemy himself.
3. Thus the good fighter is able to secure himself against defeat, but cannot make certain of defeating the enemy.
4. Hence the saying: One may know how to conquer without being able to do it.
5. Security against defeat implies defensive tactics; ability to defeat the enemy means taking the offensive.
6. Standing on the defensive indicates insufficient strength; attacking, a superabundance of strength.” source

“If you don't know, the thing to do is not to get scared, but to learn.” Ayn Rand, Atlas Shrugged

“When nothing is done, nothing is left undone. True mastery can be gained by letting things go their own way.” Lao Tzu, Tao Te Ching

“One cannot be prepared for something while secretly believing it will not happen.” Nelson Mandela, Long Walk to Freedom 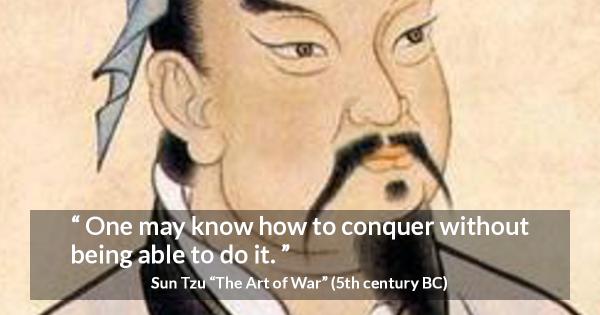 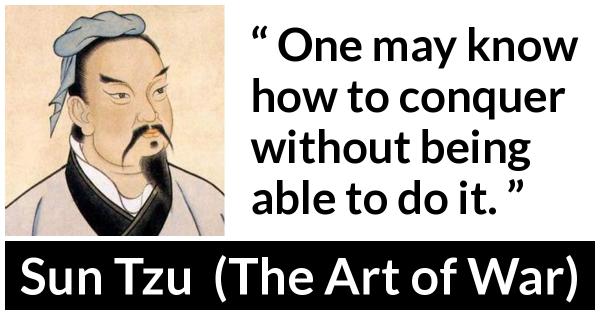 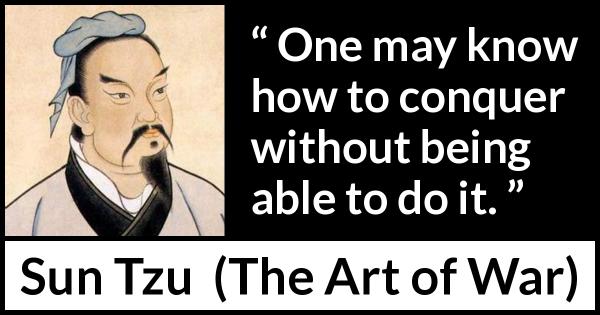 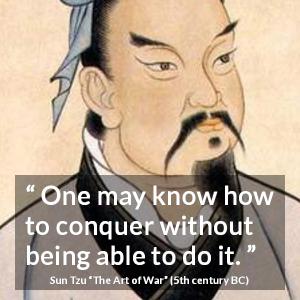 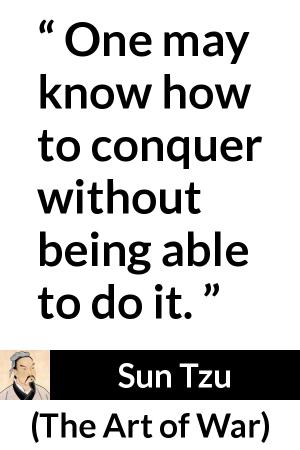 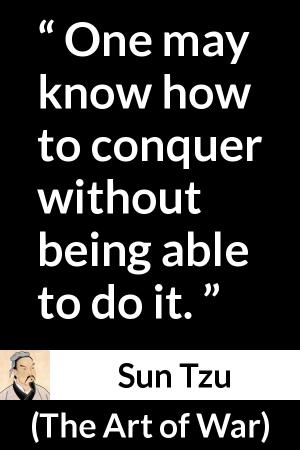