“(3) He will win whose army is animated by the same spirit throughout all its ranks. (4) He will win who, prepared himself, waits to take the enemy unprepared. (5) He will win who has military capacity and is not interfered with by the sovereign. 18. Hence the saying: If you know the enemy and know yourself, you need not fear the result of a hundred battles. If you know yourself but not the enemy, for every victory gained you will also suffer a defeat. If you know neither the enemy nor yourself, you will succumb in every battle.
IV. TACTICAL DISPOSITIONS
1. Sun Tzu said: The good fighters of old first put themselves beyond the possibility of defeat, and then waited for an opportunity of defeating the enemy.
2. To secure ourselves against defeat lies in our own hands, but the opportunity of defeating the enemy is provided by the enemy himself.” source

“If you know the enemy and know yourself, your victory will not stand in doubt; if you know Heaven and know Earth, you may make your victory complete.” Sun Tzu, The Art of War

“Always keep your foes confused. If they are never certain who you are or what you want, they cannot know what you are like to do next.” George R. R. Martin, A Storm of Swords 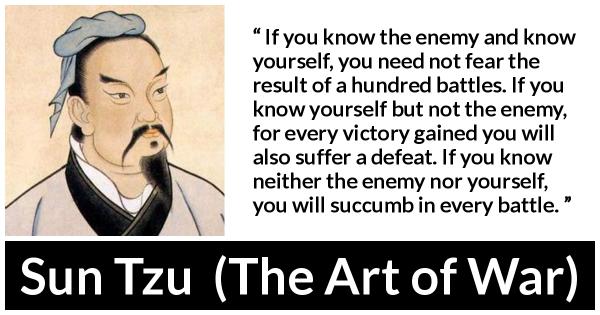 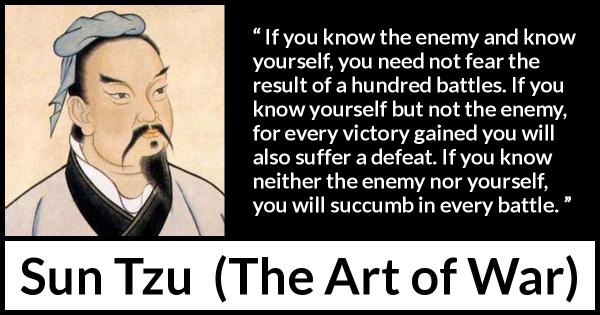 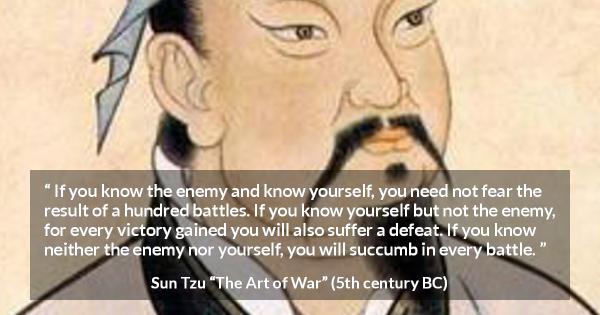 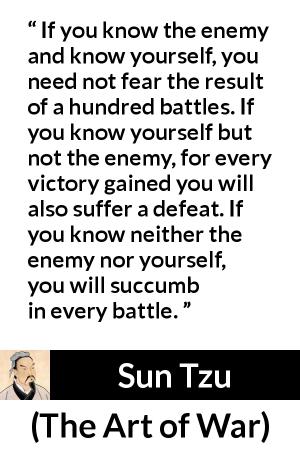 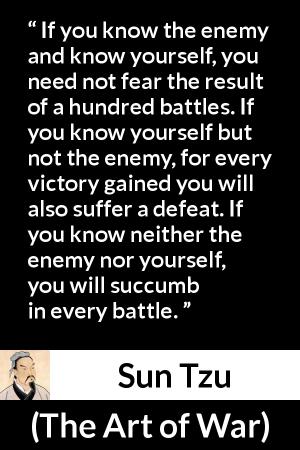 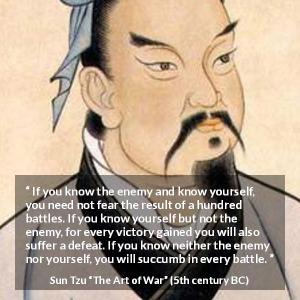