“ To secure ourselves against defeat lies in our own hands, but the opportunity of defeating the enemy is provided by the enemy himself. ”
Sun Tzu, The Art of War (5th century BC). copy citation

“If you know the enemy and know yourself, your victory will not stand in doubt; if you know Heaven and know Earth, you may make your victory complete.” Sun Tzu, The Art of War

“Success in warfare is gained by carefully accommodating ourselves to the enemy's purpose.” Sun Tzu, The Art of War

“Through you we learn to be invisible, through you inaudible; and hence we can hold the enemy's fate in our hands.” Sun Tzu, The Art of War

“A man can be destroyed but not defeated.” Ernest Hemingway, The Old Man and the Sea 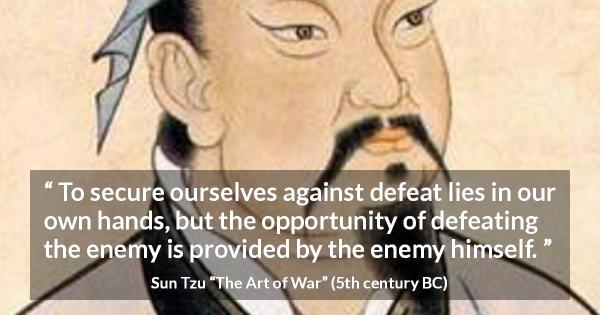 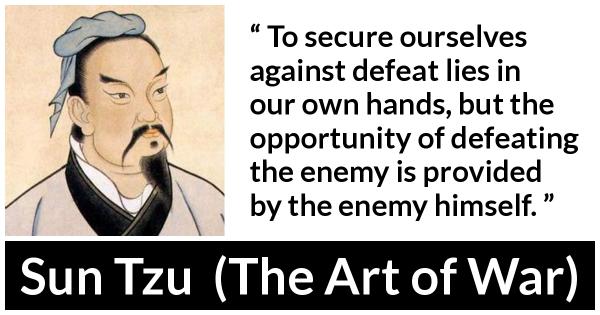 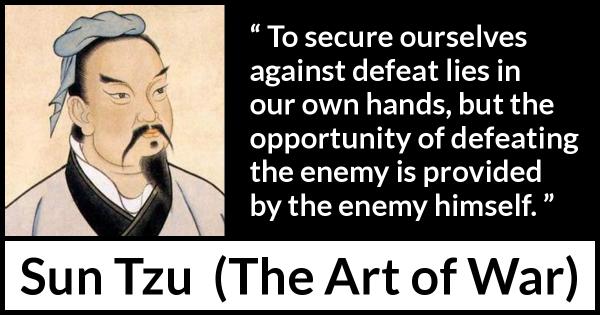 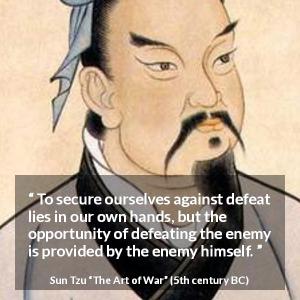 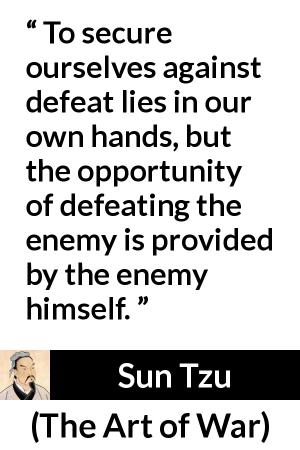 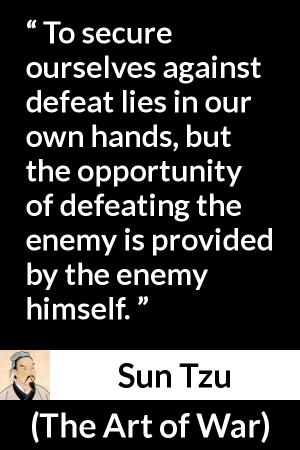