“ Success in warfare is gained by carefully accommodating ourselves to the enemy's purpose. ”
Sun Tzu, The Art of War (5th century BC). copy citation

“Place your army in deadly peril, and it will survive; plunge it into desperate straits, and it will come off in safety.
59. For it is precisely when a force has fallen into harm's way that is capable of striking a blow for victory.
60. Success in warfare is gained by carefully accommodating ourselves to the enemy's purpose.
61. By persistently hanging on the enemy's flank, we shall succeed in the long run in killing the commander-in-chief.
62. This is called ability to accomplish a thing by sheer cunning.
63. On the day that you take up your command, block the frontier passes, destroy the official tallies, and stop the passage of all emissaries.” source

“We are determined to keep out of war, yet we cannot insure ourselves against the disastrous effects of war and the dangers of involvement.” Franklin D. Roosevelt, Quarantine Speech

“The art of war is of vital importance to the State.” Sun Tzu, The Art of War 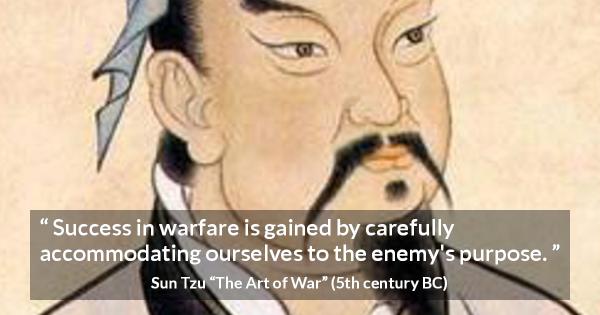 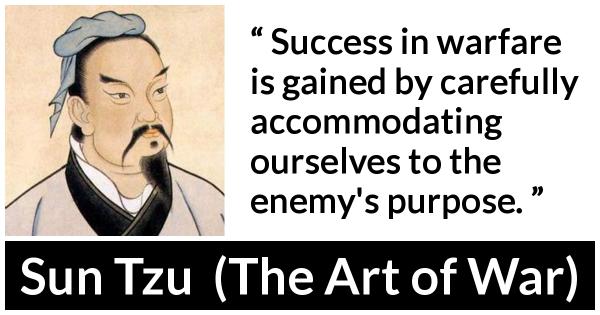 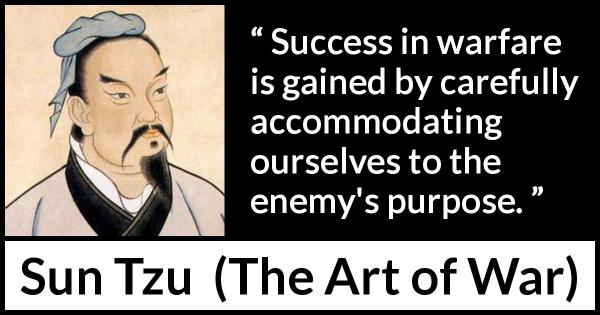 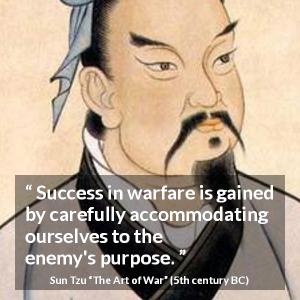 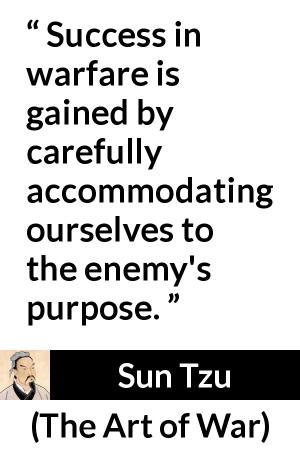 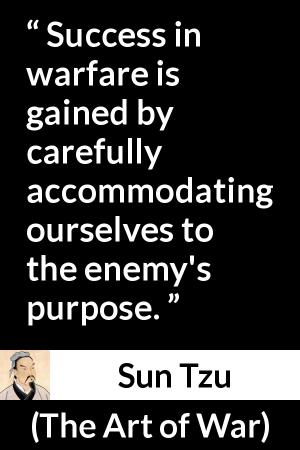