“ the victorious strategist only seeks battle after the victory has been won, whereas he who is destined to defeat first fights and afterwards looks for victory. ”
Sun Tzu, The Art of War (5th century BC). copy citation

“Making no mistakes is what establishes the certainty of victory, for it means conquering an enemy that is already defeated.
14. Hence the skillful fighter puts himself into a position which makes defeat impossible, and does not miss the moment for defeating the enemy.
15. Thus it is that in war the victorious strategist only seeks battle after the victory has been won, whereas he who is destined to defeat first fights and afterwards looks for victory.
16. The consummate leader cultivates the moral law, and strictly adheres to method and discipline; thus it is in his power to control success.
17. In respect of military method, we have, firstly, Measurement; secondly, Estimation of quantity; thirdly, Calculation; fourthly, Balancing of chances; fifthly, Victory.” source

“I see it is still more difficult to look upon victory than upon battle.” Walter Scott, Ivanhoe

“A battle is won by those who firmly resolve to win it!” Leo Tolstoy, War and Peace

“There are victories whose glory lies only in the fact that they are known to those who win them.” Nelson Mandela, Long Walk to Freedom

“The man who fears losing has already lost.” George R. R. Martin, A Game of Thrones

“Water shapes its course according to the nature of the ground over which it flows; the soldier works out his victory in relation to the foe whom he is facing.” Sun Tzu, The Art of War 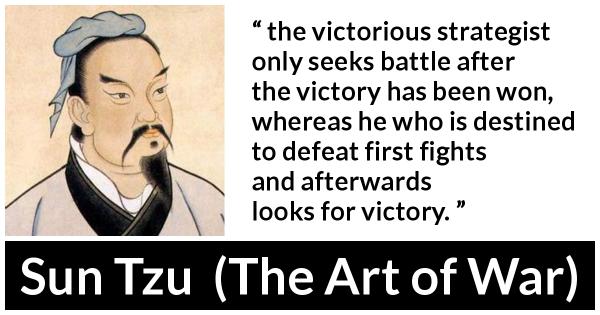 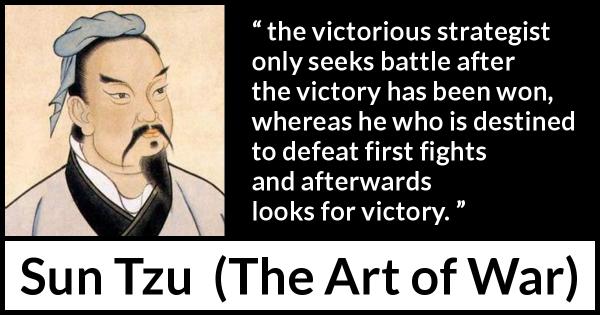 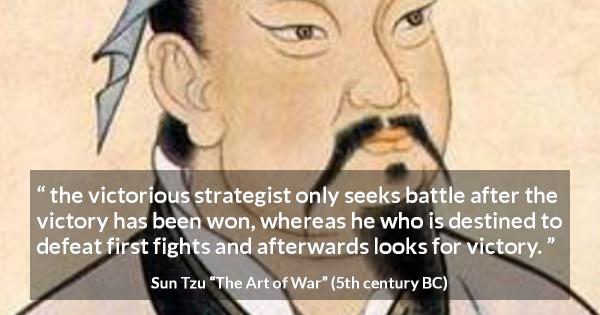 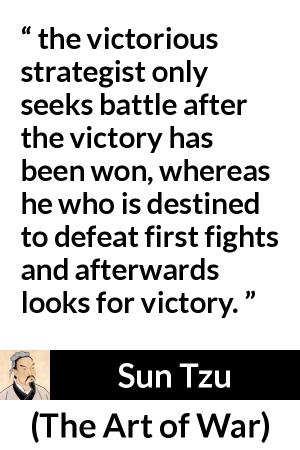 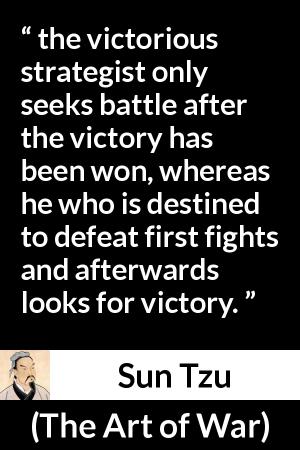 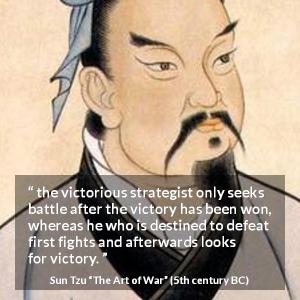