“ In a battle all you need to make you fight is a little hot blood and the knowledge that it's more dangerous to lose than to win. ”
George Bernard Shaw, Man and Superman (1903). copy citation

“Why, that you can make any of these cowards brave by simply putting an idea into his head.
THE STATUE. Stuff! As an old soldier I admit the cowardice: it's as universal as sea sickness, and matters just as little. But that about putting an idea into a man's head is stuff and nonsense. In a battle all you need to make you fight is a little hot blood and the knowledge that it's more dangerous to lose than to win.
DON JUAN. That is perhaps why battles are so useless. But men never really overcome fear until they imagine they are fighting to further a universal purpose—fighting for an idea, as they call it.” source

“I see it is still more difficult to look upon victory than upon battle.” Walter Scott, Ivanhoe

“A battle is won by those who firmly resolve to win it!” Leo Tolstoy, War and Peace

“You see, the outcome of the battle is unimportant. What matters is the chaos, and the slaughter.” Neil Gaiman, American Gods

“Fight on all occasions. Fight the more for duels being forbidden, since consequently there is twice as much courage in fighting.” Alexandre Dumas, The Three Musketeers

“It is not life that's complicated, it's the struggle to guide and control life.” F. Scott Fitzgerald, This Side of Paradise 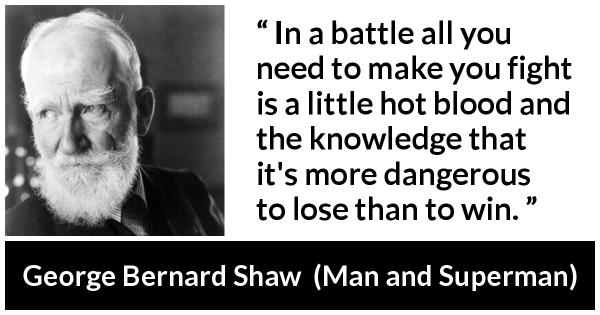 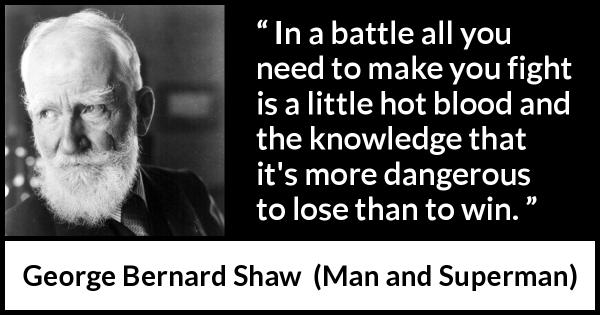 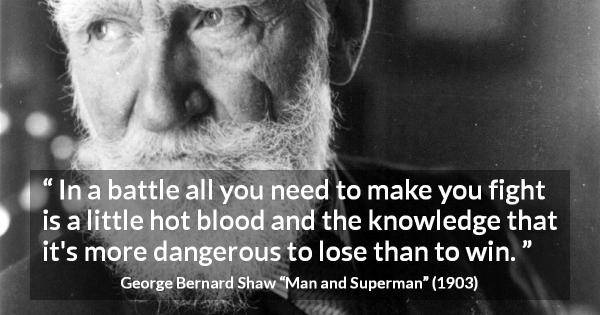 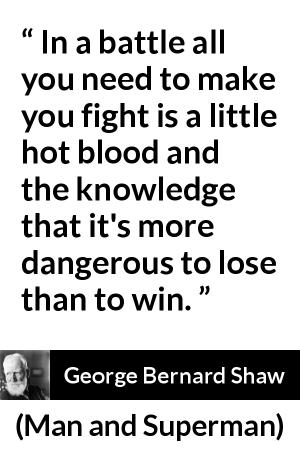 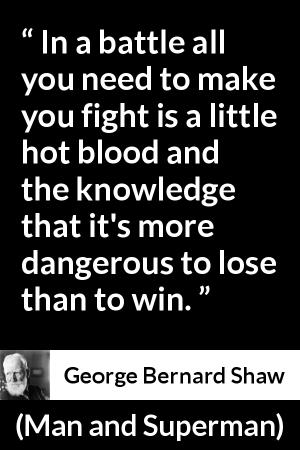 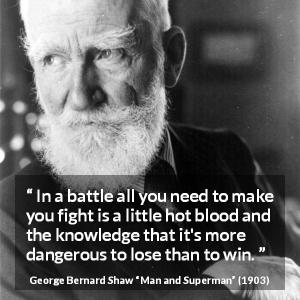