“ A battle is won by those who firmly resolve to win it! ”
Leo Tolstoy, War and Peace (1869). copy citation

“Prince Andrew glanced at Timókhin, who looked at his commander in alarm and bewilderment. In contrast to his former reticent taciturnity Prince Andrew now seemed excited. He could apparently not refrain from expressing the thoughts that had suddenly occurred to him.
«A battle is won by those who firmly resolve to win it! Why did we lose the battle at Austerlitz? The French losses were almost equal to ours, but very early we said to ourselves that we were losing the battle, and we did lose it. And we said so because we had nothing to fight for there, we wanted to get away from the battlefield as soon as we could.” source

“battles are lost in the same spirit in which they are won.” Walt Whitman, Song of Myself

“In a battle all you need to make you fight is a little hot blood and the knowledge that it's more dangerous to lose than to win.” George Bernard Shaw, Man and Superman

“Sometimes you lose a battle. But mischief always wins the war.” John Green, Looking for Alaska

“Some battles are won with swords and spears, others with quills and ravens.” George R. R. Martin, A Storm of Swords 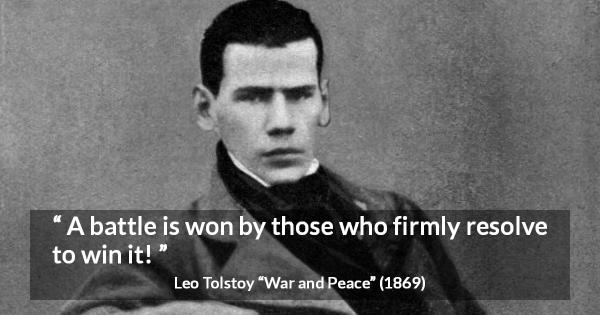 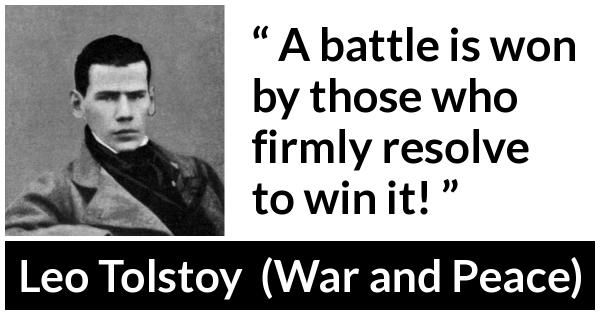 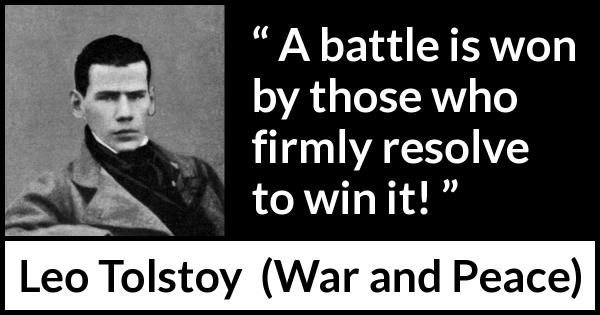 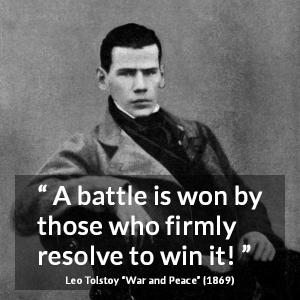 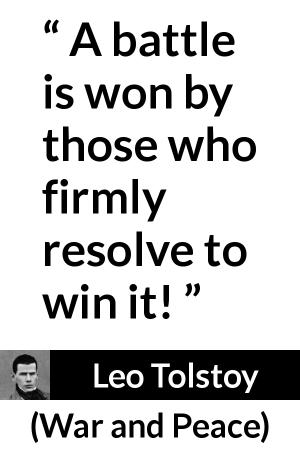