“ An enemy might at any time become a friend, but while an enemy was an enemy he should be trodden on and persecuted. ”
Anthony Trollope, Phineas Redux (1874). copy citation

“So Phineas Finn was re-elected for Tankerville without opposition and without expense; and for six weeks after the ceremony parcels were showered upon him by the ladies of the borough who sent him worked slippers, scarlet hunting waistcoats, pocket handkerchiefs, with "P.F." beautifully embroidered, and chains made of their own hair.
In this conjunction of affairs the editor of The People's Banner found it somewhat difficult to trim his sails. It was a rule of life with Mr. Quintus Slide to persecute an enemy. An enemy might at any time become a friend, but while an enemy was an enemy he should be trodden on and persecuted. Mr. Slide had striven more than once to make a friend of Phineas Finn; but Phineas Finn had been conceited and stiff-necked. Phineas had been to Mr. Slide an enemy of enemies, and by all his ideas of manliness, by all the rules of his life, by every principle which guided him, he was bound to persecute Phineas to the last.” source

“Trusting no man as his friend, he could not recognize his enemy when the latter actually appeared.” Nathaniel Hawthorne, The Scarlet Letter

“His enemies are not demons, but human beings like himself.” Lao Tzu, Tao Te Ching 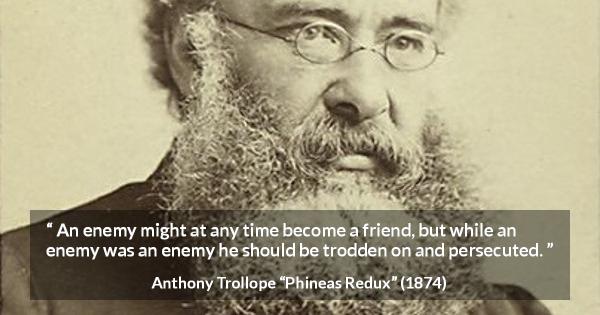 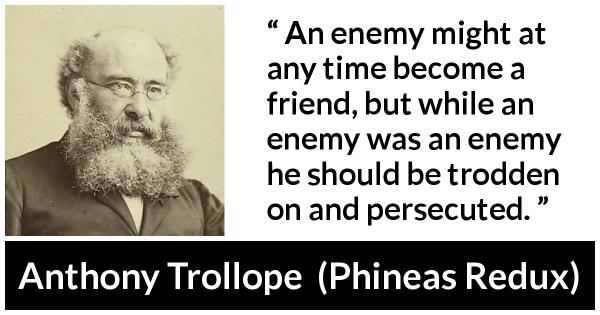 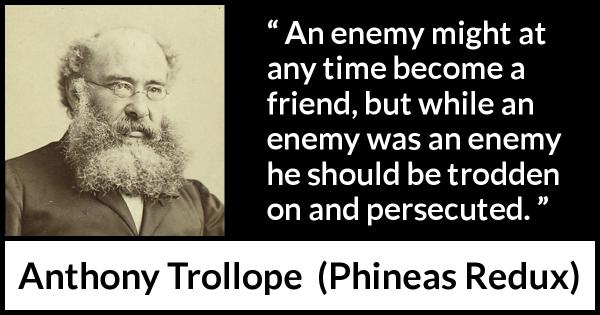 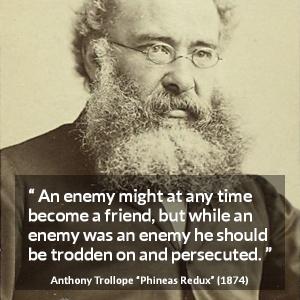 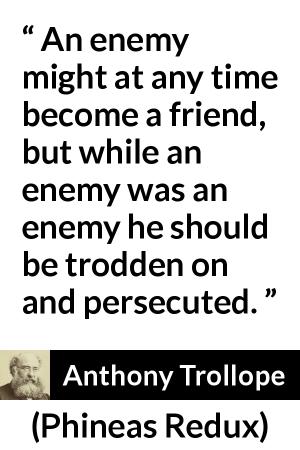 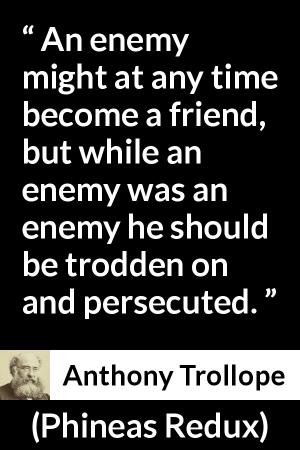