“ To oblige a friend by inflicting an injury on his enemy is often more easy than to confer a benefit on the friend himself. ”
Anthony Trollope, Phineas Redux (1874). copy citation

“All which things together filled the public with dismay, and caused a delightful excitement, giving quite a feature of its own to the season.
No doubt general opinion was adverse to poor Phineas Finn, but he was not without his party in the matter. To oblige a friend by inflicting an injury on his enemy is often more easy than to confer a benefit on the friend himself. We have already seen how the young Duchess failed in her attempt to obtain an appointment for Phineas, and also how she succeeded in destroying the high hopes of Mr. Bonteen. Having done so much, of course she clung heartily to the side which she had adopted;—and, equally of course, Madame Goesler did the same.” source

“One of the principal functions of a friend is to suffer (in a milder and symbolic form) the punishments that we should like, but are unable, to inflict upon our enemies.” Aldous Huxley, Brave New World

“To help a friend in need is easy, but to give him your time is not always opportune.” Charlie Chaplin, My Autobiography

“It takes your enemy and your friend, working together, to hurt you to the heart; the one to slander you and the other to get the news to you.” Mark Twain, Following the Equator

“A friend should bear his friend's infirmities, But Brutus makes mine greater than they are.” William Shakespeare, Julius Caesar

“Anybody can sympathise with the sufferings of a friend, but it requires a very fine nature—it requires, in fact, the nature of a true Individualist—to sympathise with a friend's success.” Oscar Wilde, The Soul of Man under Socialism 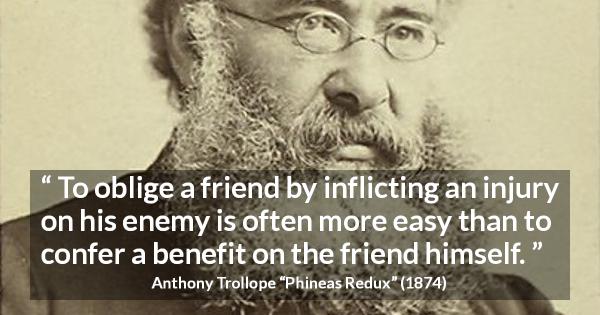 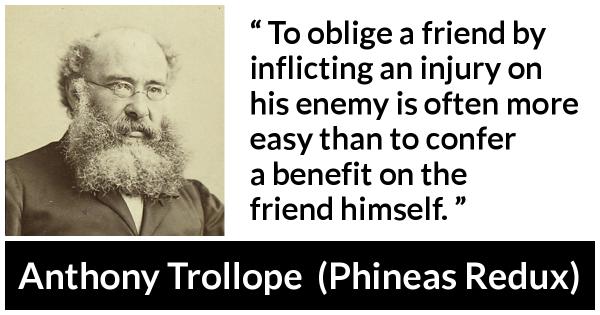 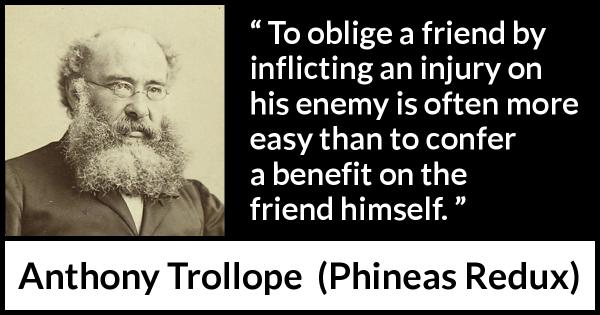 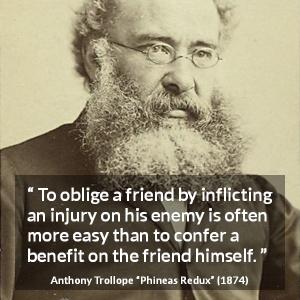 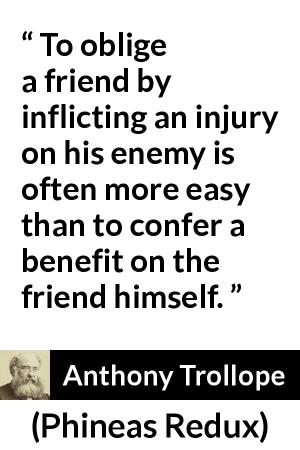 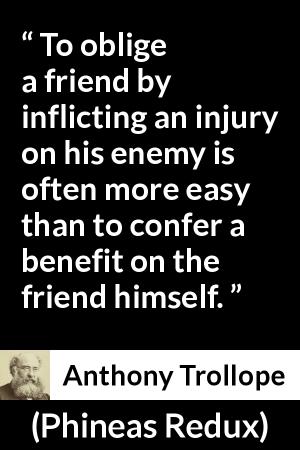