“ Trusting no man as his friend, he could not recognize his enemy when the latter actually appeared. ”
Nathaniel Hawthorne, The Scarlet Letter (1850). copy citation

“But old Roger Chillingworth, too, had perceptions that were almost intuitive; and when the minister threw his startled eyes towards him, there[157] the physician sat; his kind, watchful, sympathizing, but never intrusive friend.
Yet Mr. Dimmesdale would perhaps have seen this individual's character more perfectly, if a certain morbidness, to which, sick hearts are liable, had not rendered him suspicious of all mankind. Trusting no man as his friend, he could not recognize his enemy when the latter actually appeared. He therefore still kept up a familiar intercourse with him, daily receiving the old physician in his study; or visiting the laboratory, and, for recreation's sake, watching the processes by which weeds were converted into drugs of potency.” source

“In the face of a true friend a man sees as it were a second self.” Marcus Tullius Cicero, On Friendship

“The unseen enemy is always the most fearsome.” George R. R. Martin, A Clash of Kings

“if all men knew what each said of the other, there would not be four friends in the world.” Blaise Pascal, Pensées

“Who did the deed the under-world knows well: A friend in word is never friend of mine.” Sophocles, Antigone 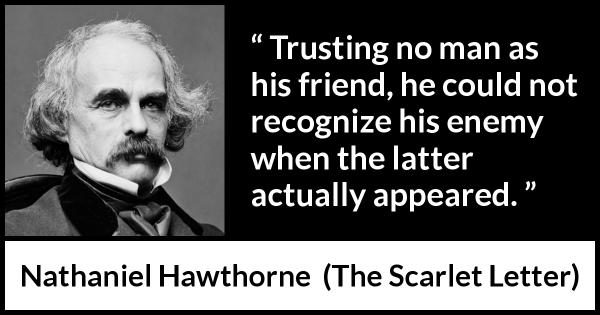 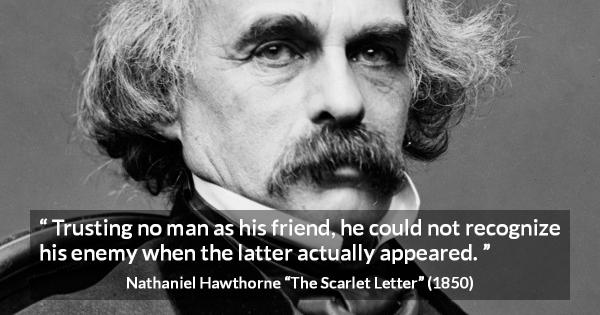 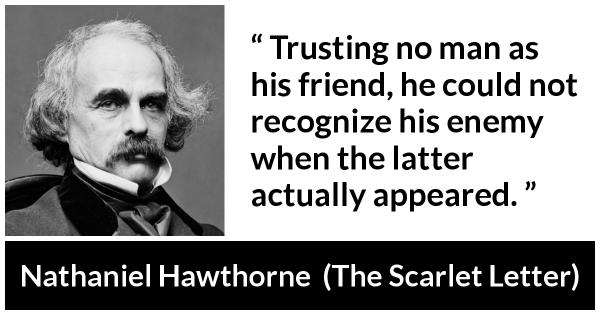 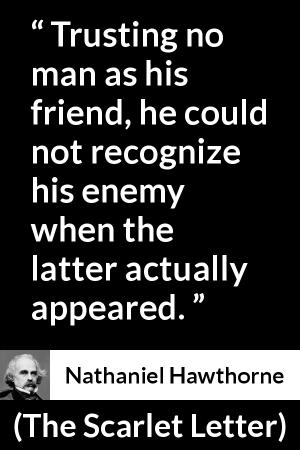 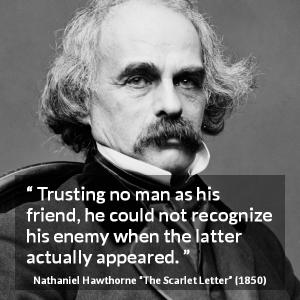 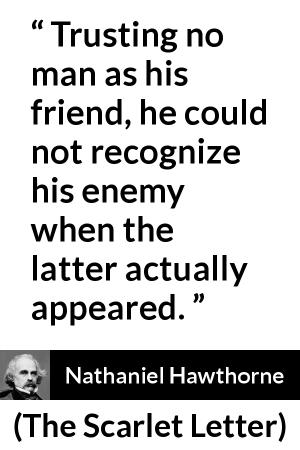