“But one can imagine little knots of resistance springing up here and there —small groups of people banding themselves together, and gradually growing, and even leaving a few
records behind, so that the next generations can carry on where we leave off.»
«I'm not interested in the next generation, dear. I'm interested in us.»
«You're only a rebel from the waist downwards,» he told her.
She thought this brilliantly witty and flung her arms round him in delight.
In the ramifications of party doctrine she had not the faintest interest. Whenever he began to talk of the principles of Ingsoc, doublethink, the mutability of the past, and the denial of objective reality, and to use Newspeak words, she became bored and confused and said that she never paid any attention to that kind of thing.” source

“So few want to be rebels any more. And out of those few, most, like myself, scare easily.” Ray Bradbury, Fahrenheit 451

“My mind . . . rebels at stagnation. Give me problems, give me work, give me the most abstruse cryptogram or the most intricate analysis, and I am in my own proper atmosphere.” Arthur Conan Doyle, The Sign of the Four 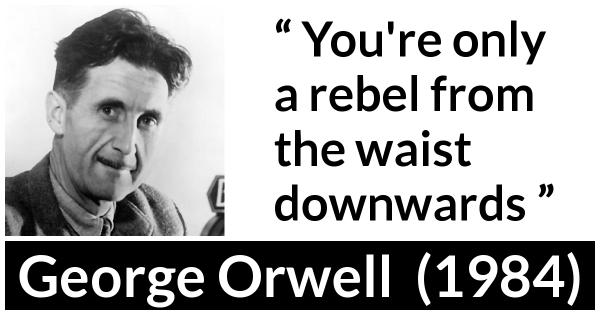 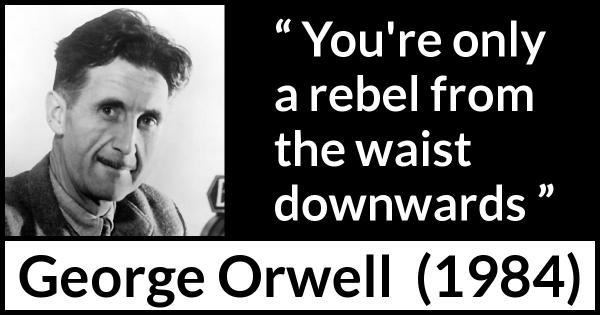 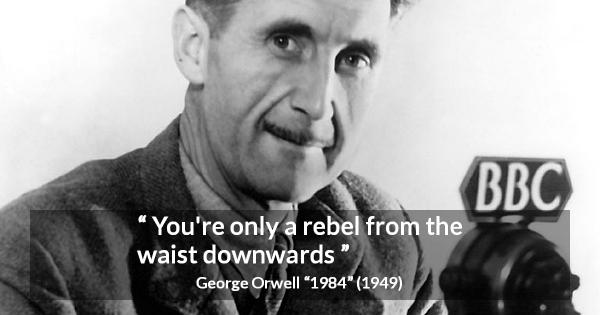 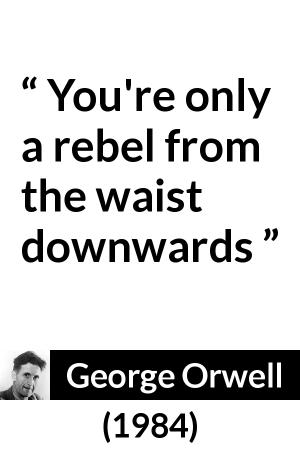 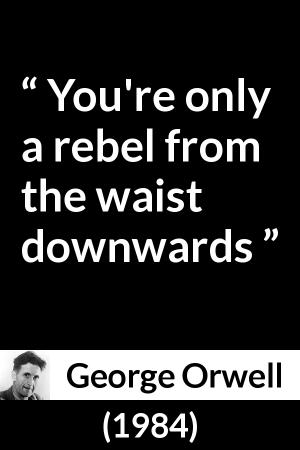 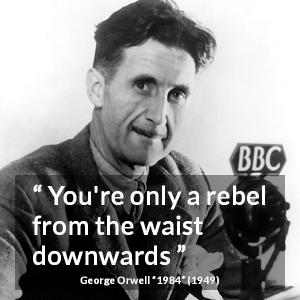