“ Sure enough, of all paths a man could strike into, there is, at any given moment, a best path for every man; a thing which, here and now, it were of all things wisest for him to do ”
Thomas Carlyle, Past and Present (1843). copy citation

“Or your unreposing Mammon-worshipper, again, driven, as if by Galvanisms, by Devils and Fixed-Ideas, who rises early and sits late, chasing the impossible; straining every faculty 'to fill himself with the east wind '—how merciful were it, could you, by mild persuasion or by the severest tyranny so-called, check him in his mad path, turn him into a wiser one! All painful tyranny, in that case again, were but mild 'surgery;' the pain of it cheap, as health and life, instead of galvanism and fixed-idea, are cheap at any price.
Sure enough, of all paths a man could strike into, there is, at any given moment, a best path for every man; a thing which, here and now, it were of all things wisest for him to do;—which could he be but led or driven to do, he were then doing 'like a man,' as we phrase it; all men and gods agreeing with him, the whole Universe virtually exclaiming Well-done to him! His success, in such case, were complete; his felicity a maximum. This path, to find this path and walk in it, is the one thing needful for him. Whatsoever forwards him in that, let it come to him even in the shape of blows and spurnings, is liberty: whatsoever hinders him, were it wardmotes, open-vestries, pollbooths, tremendous cheers, rivers of heavy-wet, is slavery.” source

“There exists in the world a single path along which no one can go except you: whither does it lead? Do not ask, go along it. ” Friedrich Nietzsche, Untimely Meditations

“Every path but your own is the path of fate. Keep on your own track, then.” Henry David Thoreau, Walden

“This would be a hazardous life, and I would be apart from my family, but when a man is denied the right to live the life he believes in, he has no choice but to become an outlaw.” Nelson Mandela, Long Walk to Freedom 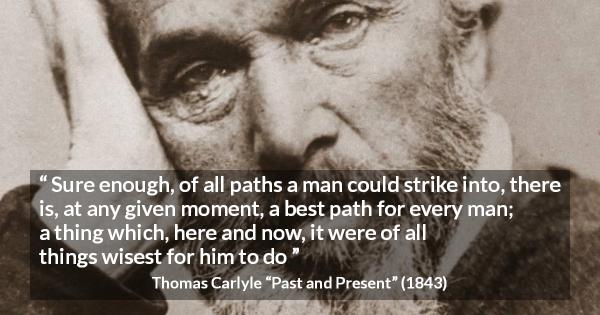 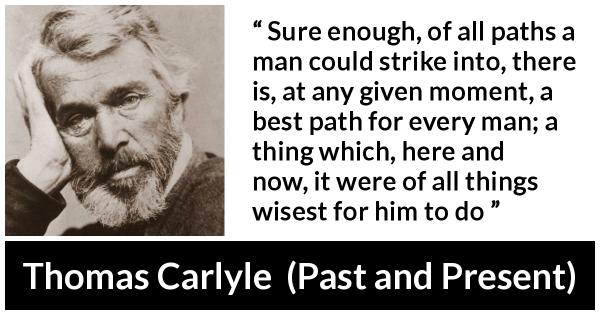 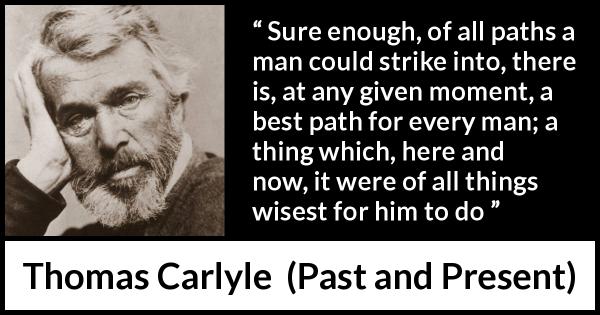 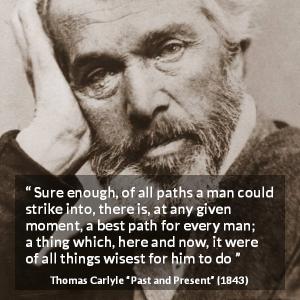 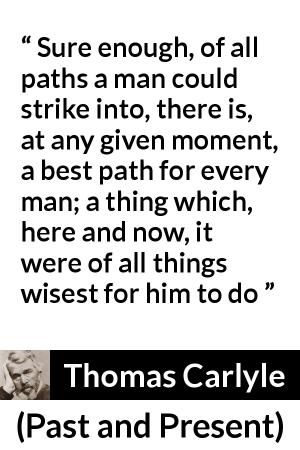 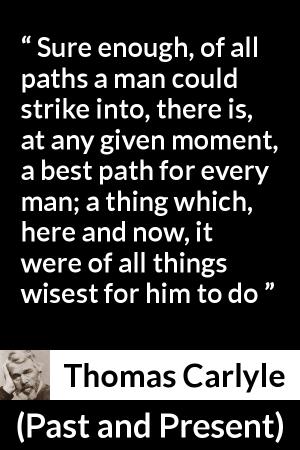