“
532 Comminutum cor (Saint Paul). This is the Christian character. Alba has named you, I know you no more (Corneille).[ 198] That is the inhuman character. The human character is the opposite.
533 There are only two kinds of men: the righteous who believe themselves sinners; the rest, sinners, who believe themselves righteous. 534 We owe a great debt to those who point out faults. For they mortify us. They teach us that we have been despised. They do not prevent our being so in the future; for we have many other faults for which we may be despised.” source
Original quote
“Il n'y a que deux sortes d'hommes : les uns justes, qui se croient pécheurs : les autres pécheurs, qui se croient justes.” Blaise Pascal, Pensées

“People to whom sin is just a matter of words, to them salvation is just words too.” William Faulkner, As I Lay Dying

“In this world, shipmates, sin that pays its way can travel freely, and without a passport; whereas Virtue, if a pauper, is stopped at all frontiers.” Herman Melville, Moby-Dick 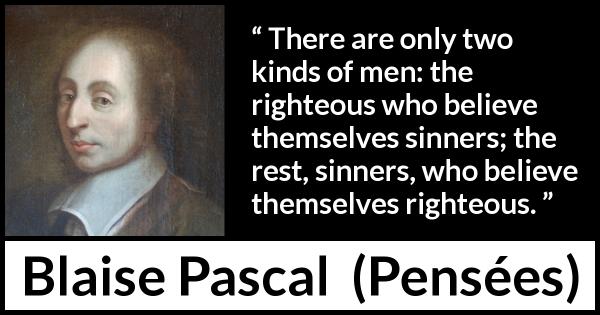 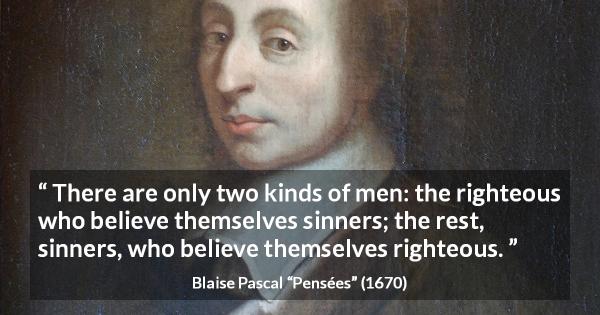 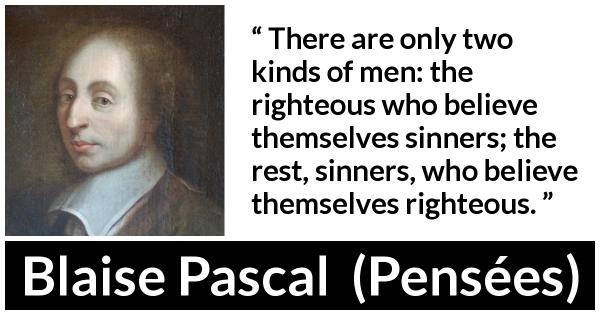 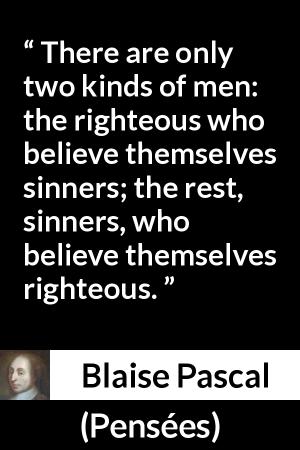 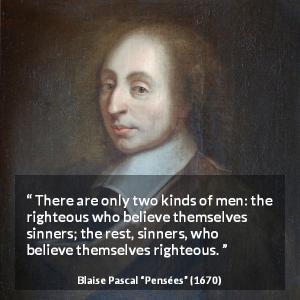 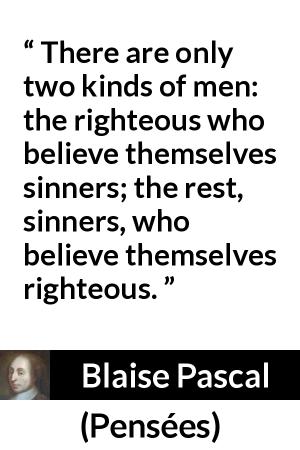