“ a belief in a supernatural source of evil is not necessary; men alone are quite capable of every wickedness. ”
Joseph Conrad, Under Western Eyes (1911). copy citation

“The man was a young workman, a lithographer by trade, and he had got into trouble in connexion with that affair of temperance tracts—you remember. There was a lot of people put in prison for that. The Ministry of Finances again! What would become of it if the poor folk ceased making beasts of themselves with drink? Upon my word, I would think that finances and all the rest of it are an invention of the devil; only that a belief in a supernatural source of evil is not necessary; men alone are quite capable of every wickedness. Finances indeed!»
Hatred and contempt hissed in her utterance of the word «finances,» but at the very moment she gently stroked the cat reposing in her arms. She even raised them slightly, and inclining her head rubbed her cheek against the fur of the animal, which received this caress with the complete detachment so characteristic of its kind.” source

“Men never do evil so completely and cheerfully as when they do it from religious conviction.” Blaise Pascal, Pensées

“I have never met any really wicked person before. I feel rather frightened. I am so afraid he will look just like every one else.” Oscar Wilde, The Importance of Being Earnest 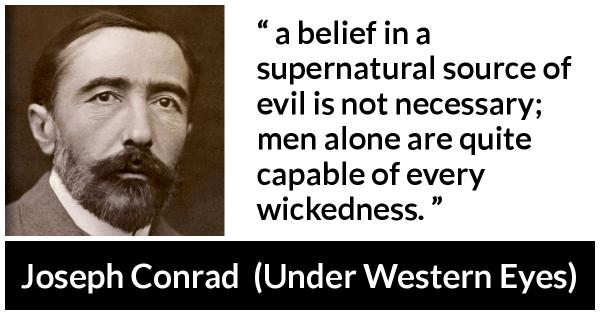 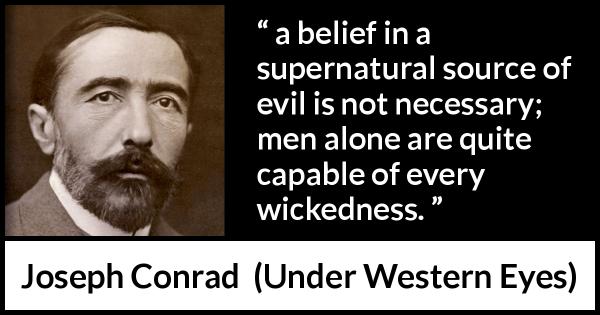 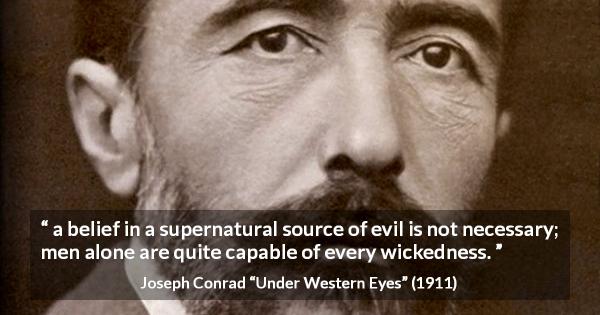 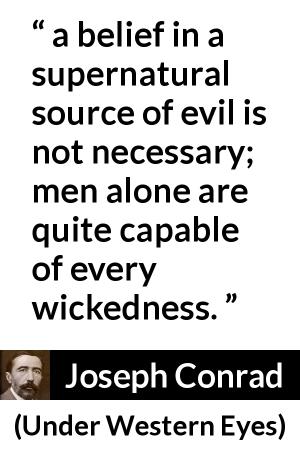 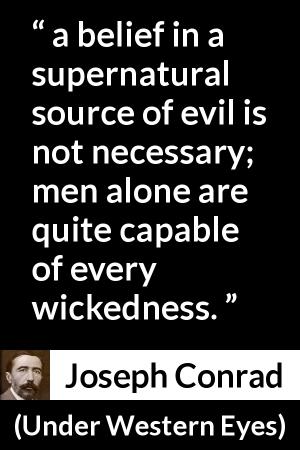 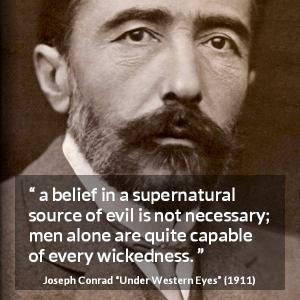