“ A noble craft, but somehow a most melancholy! All noble things are touched with that. ”
Herman Melville, Moby-Dick (1851). copy citation

“Scorning a turnstile wheel at her reverend helm, she sported there a tiller; and that tiller was in one mass, curiously carved from the long narrow lower jaw of her hereditary foe. The helmsman who steered by that tiller in a tempest, felt like the Tartar, when he holds back his fiery steed by clutching its jaw. A noble craft, but somehow a most melancholy! All noble things are touched with that.
Now when I looked about the quarter-deck, for some one having authority, in order to propose myself as a candidate for the voyage, at first I saw nobody; but I could not well overlook a strange sort of tent, or rather wigwam, pitched a little behind the main-mast.” source

“Every noble work is at first impossible.” Thomas Carlyle, Past and Present 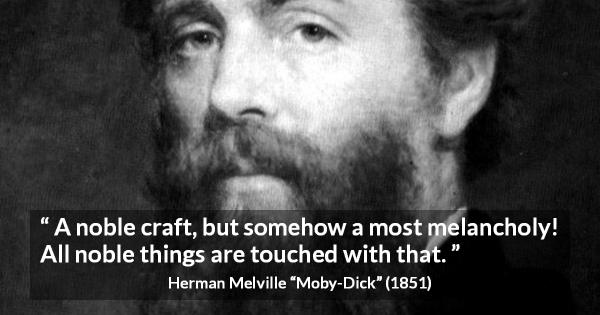 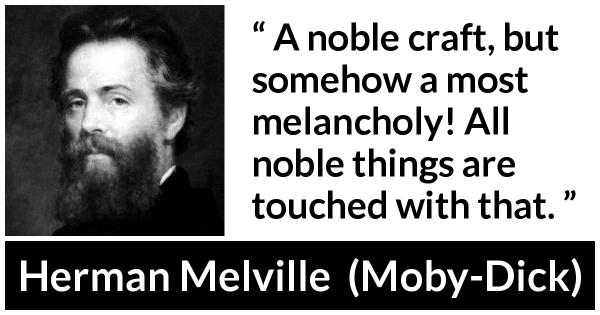 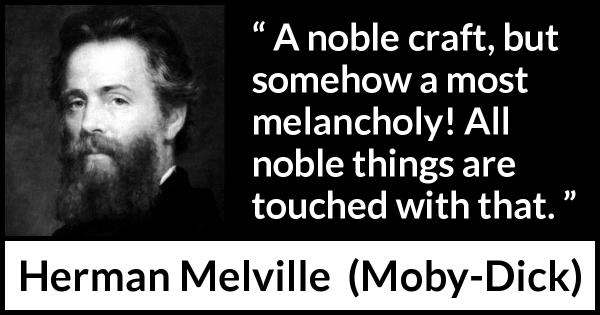 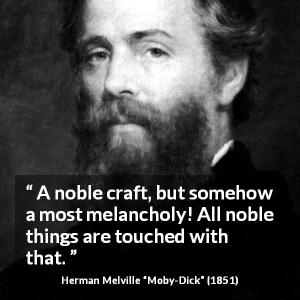 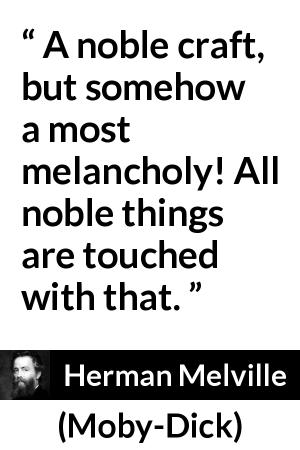 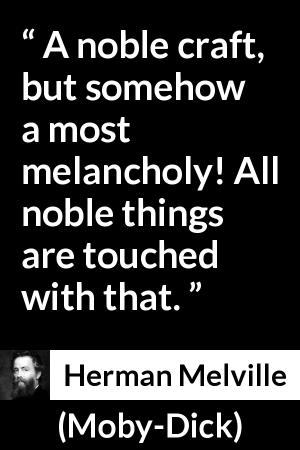