“ Marius had already seen too much of life not to know that nothing is more imminent than the impossible, and that what it is always necessary to foresee is the unforeseen. ”
Victor Hugo, Les Misérables (1862). copy citation

“His two luminous months of joy and love, ending abruptly at that frightful precipice, Cosette lost to him, that barricade, M. Mabeuf getting himself killed for the Republic, himself the leader of the insurgents,—all these things appeared to him like a tremendous nightmare. He was obliged to make a mental effort to recall the fact that all that surrounded him was real. Marius had already seen too much of life not to know that nothing is more imminent than the impossible, and that what it is always necessary to foresee is the unforeseen. He had looked on at his own drama as a piece which one does not understand.
In the mists which enveloped his thoughts, he did not recognize Javert, who, bound to his post, had not so much as moved his head during the whole of the attack on the barricade, and who had gazed on the revolt seething around him with the resignation of a martyr and the majesty of a judge.” source
Original quote
“Marius avait trop peu vécu encore pour savoir que rien n'est plus imminent que l'impossible, et que ce qu'il faut toujours prévoir, c'est l'imprévu.” Victor Hugo, Les Misérables

“if a sadness rises in front of you, larger than any you have ever seen; if an anxiety, like light and cloud-shadows, moves over your hands and over everything you do. You must realize that something is happening to you, that life has not...” Rainer Maria Rilke, Letters to a Young Poet

“Alice had got so much into the way of expecting nothing but out-of-the-way things to happen, that it seemed quite dull and stupid for life to go on in the common way.” Lewis Carroll, Alice's Adventures in Wonderland 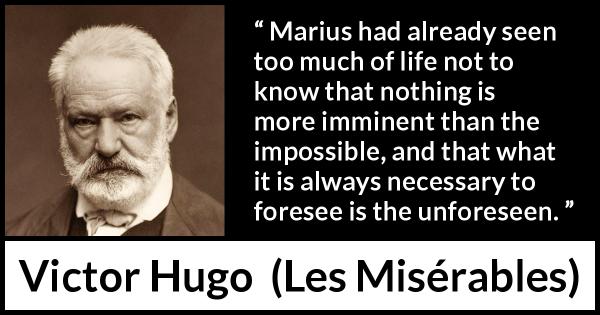 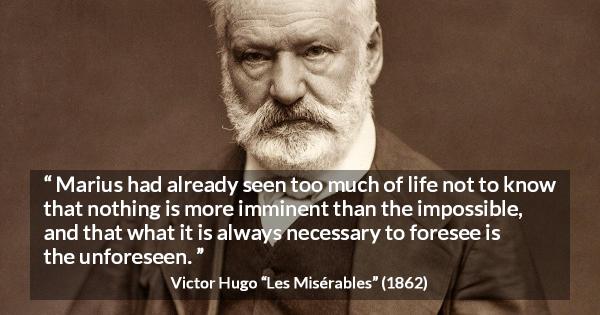 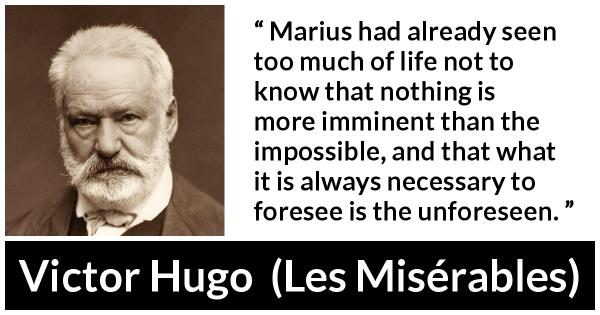 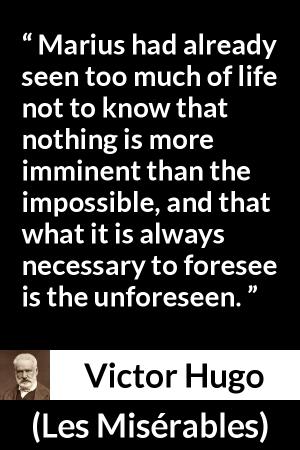 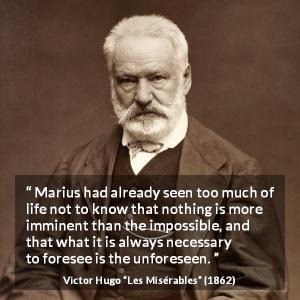 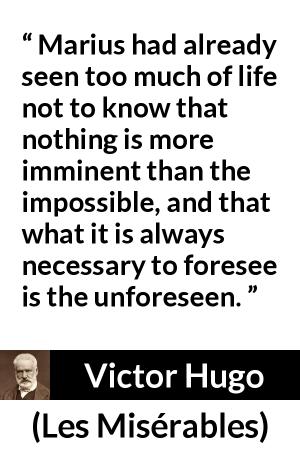