“ Comedy aims at representing men as worse, Tragedy as better than in actual life. ”
Aristotle, Poetics (c. 335 BC). copy citation

“Homer, for example, makes men better than they are; Cleophon as they are; Hegemon the Thasian, the inventor of parodies, and Nicochares, the author of the Deiliad, worse than they are. The same thing holds good of Dithyrambs and Nomes; here too one may portray different types, as Timotheus and Philoxenus differed in representing their Cyclopes. The same distinction marks off Tragedy from Comedy; for Comedy aims at representing men as worse, Tragedy as better than in actual life.
III There is still a third difference—the manner in which each of these objects may be imitated. For the medium being the same, and the objects the same, the poet may imitate by narration—in which case he can either take another personality as Homer does, or speak in his own person, unchanged—or he may present all his characters as living and moving before us.” source

“Men will not look at things as they really are, but as they wish them to be—and are ruined.” Niccolò Machiavelli, The Prince

“Behind every exquisite thing that existed, there was something tragic.” Oscar Wilde, The Picture of Dorian Gray 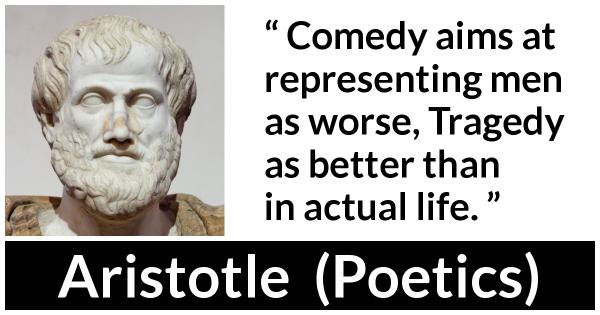 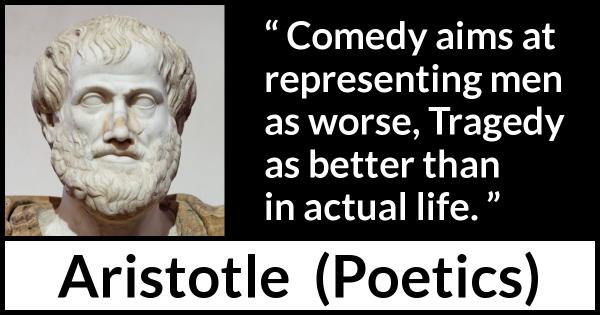 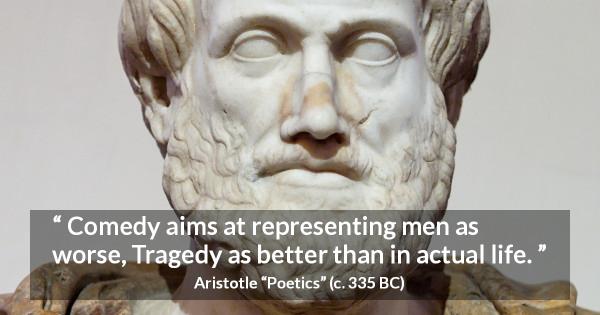 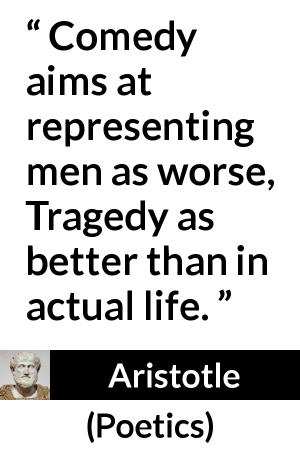 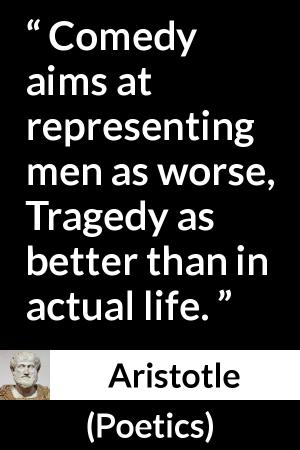 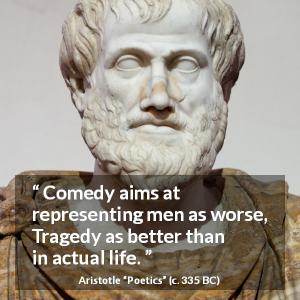