“ Americans, while occasionally willing to be serfs, have always been obstinate about being peasantry. ”
F. Scott Fitzgerald, The Great Gatsby (1925). copy citation

“craze, a decade before, and there was a story that he'd agreed to pay five years' taxes on all the neighboring cottages if the owners would have their roofs thatched with straw. Perhaps their refusal took the heart out of his plan to Found a Family — he went into an immediate decline. His children sold his house with the black wreath still on the door. Americans, while occasionally willing to be serfs, have always been obstinate about being peasantry.
After half an hour, the sun shone again, and the grocer's automobile rounded Gatsby's drive with the raw material for his servants' dinner — I felt sure he wouldn't eat a spoonful. A maid began opening the upper windows of his house, appeared momentarily in each, and, leaning from a large central bay, spat meditatively into the garden.” source

“rash as the Americans usually are, when they are prudent there is good reason for it.” Jules Verne, Around the World in 80 Days

“There is a serious tendency towards capitalism among the well-to-do peasants.” Mao Zedong, Quotations from Chairman Mao Tse-tung 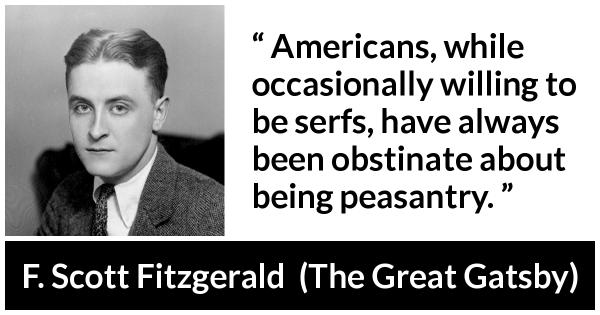 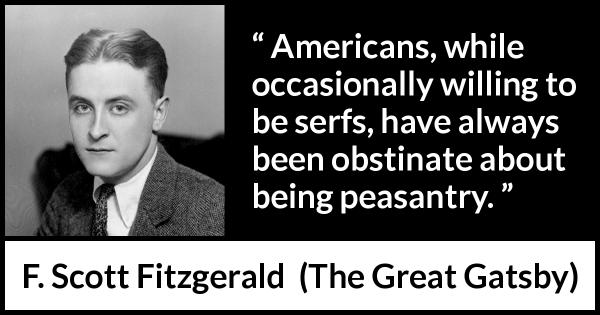 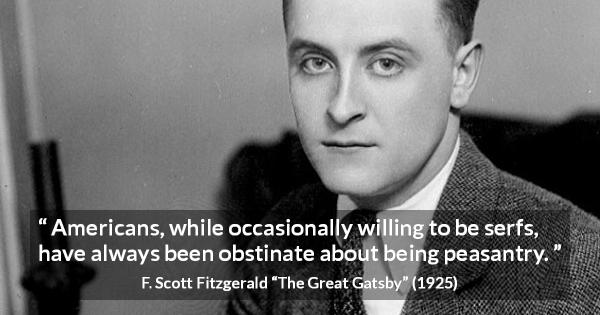 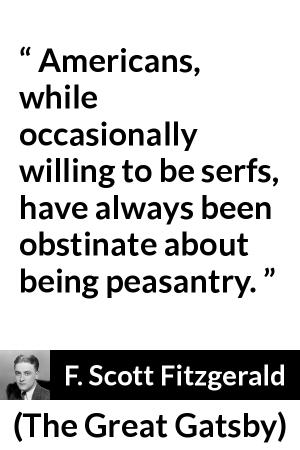 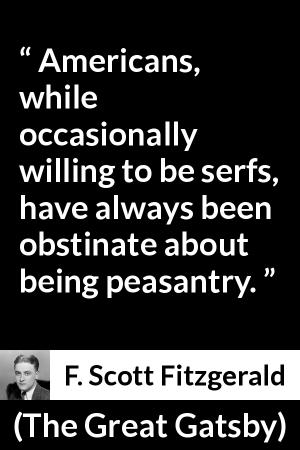 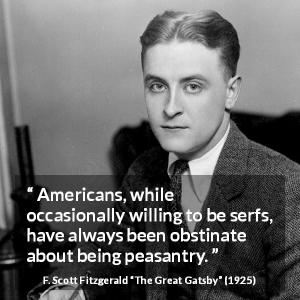