“ For, what other dungeon is so dark as one's own heart! What jailer so inexorable as one's self! ”
Nathaniel Hawthorne, House of the Seven Gables (1851). copy citation

“But, going up the staircase again, they found the whole interior of the house tenfold more dismal, and the air closer and heavier, for the glimpse and breath of freedom which they had just snatched. They could not flee; their jailer had but left the door ajar in mockery, and stood behind it to watch them stealing out. At the threshold, they felt his pitiless gripe upon them. For, what other dungeon is so dark as one's own heart! What jailer so inexorable as one's self!
But it would be no fair picture of Clifford's state of mind were we to represent him as continually or prevailingly wretched. On the contrary, there was no other man in the city, we are bold to affirm, of so much as half his years, who enjoyed so many lightsome and griefless moments as himself.” source

“For prison life with its endless privations and restrictions makes one rebellious. The most terrible thing about it is not that it breaks one’s heart—hearts are made to be broken—but that it turns one’s heart to stone.” Oscar Wilde, De Profundis

“O serpent heart, hid with a flow'ring face! Did ever dragon keep so fair a cave? Beautiful tyrant! fiend angelical! Dove-feather'd raven! wolvish-ravening lamb! Despised substance of divinest show! Just opposite to what thou justly seem'st - A...” William Shakespeare, Romeo and Juliet 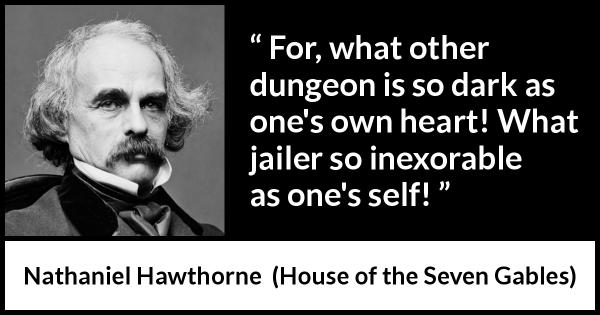 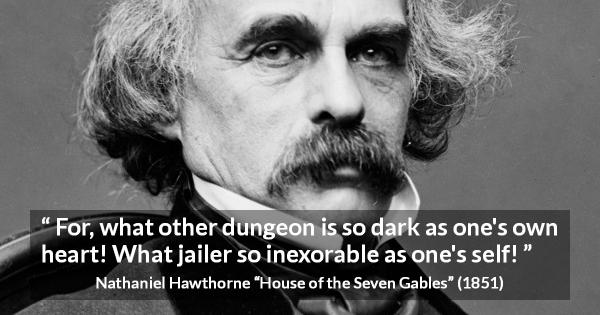 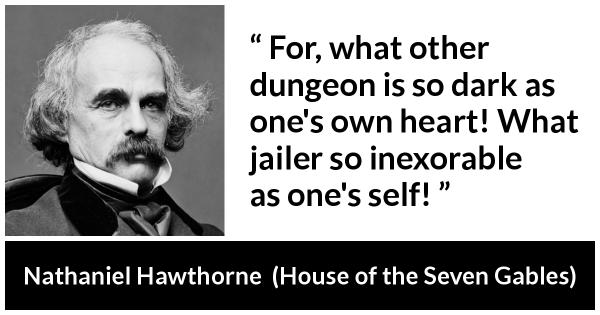 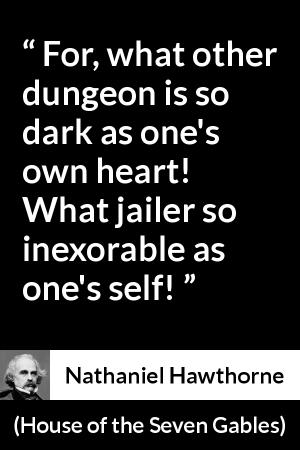 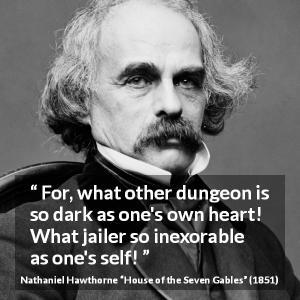 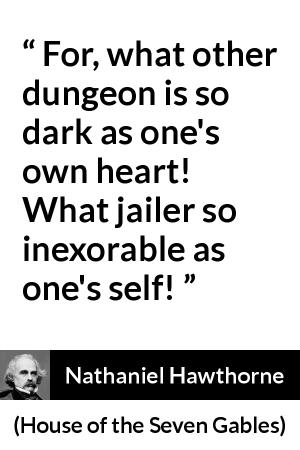