“ Then came the war, old sport. It was a great relief and I tried very hard to die but I seemed to bear an enchanted life. ”
F. Scott Fitzgerald, The Great Gatsby (1925). copy citation

“With an effort I managed to restrain my incredulous laughter. The very phrases were worn so threadbare that they evoked no image except that of a turbaned «character.» leaking sawdust at every pore as he pursued a tiger through the Bois de Boulogne.
«Then came the war, old sport. It was a great relief, and I tried very hard to die, but I seemed to bear an enchanted life. I accepted a commission as first lieutenant when it began. In the Argonne Forest I took two machine-gun detachments so far forward that there was a half mile gap on either side of us where the infantry couldn't advance.” source

“It was not, after all, so easy to die.” J. K. Rowling, Harry Potter and the Deathly Hallows

“I could die for you. But I couldn't and wouldn't live for you.” Ayn Rand, The Fountainhead

“Death was not the opposite of life. It was already here, within my being, it had always been here, and no struggle would permit me to forget that.” Haruki Murakami, Norwegian Wood

“I felt so lonesome, all of a sudden. I almost wished I was dead.” J. D. Salinger, The Catcher in the Rye

“So we drove on toward death through the cooling twilight.” F. Scott Fitzgerald, The Great Gatsby 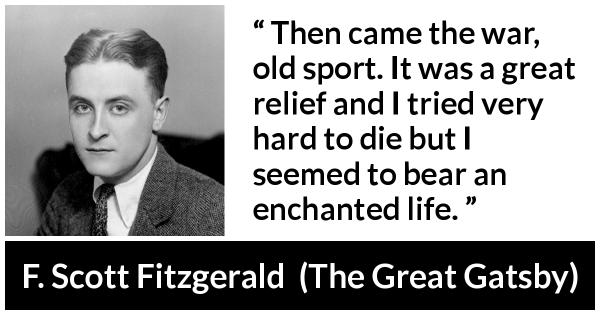 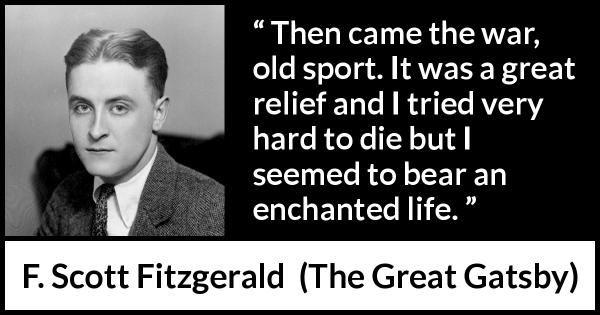 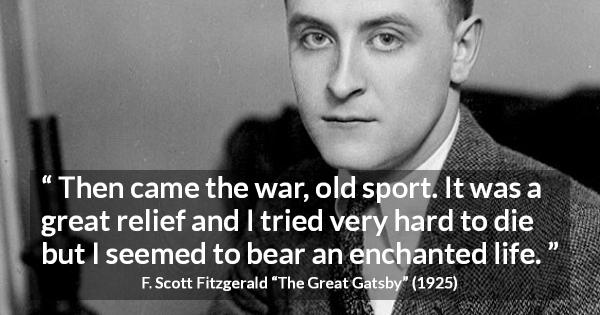 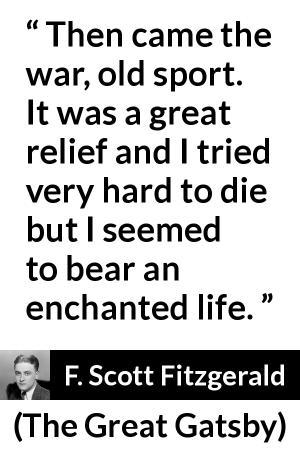 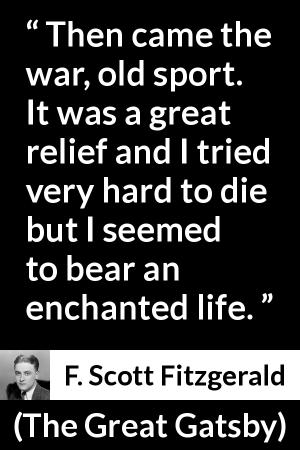 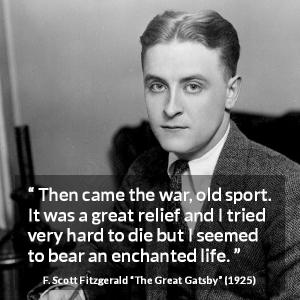