“The animals formed themselves into two factions under the slogans, 'Vote for Snowball and the three-day week' and 'Vote for Napoleon and the full manger.' Benjamin was the only animal who did not side with either faction. He refused to believe either that food would become more plentiful or that the windmill would save work. Windmill or no windmill, he said, life would go on as it had always gone on—that is, badly.
Apart from the disputes over the windmill, there was the question of the defence of the farm. It was fully realised that though the human beings had been defeated in the Battle of the Cowshed they might make another and more determined attempt to recapture the farm and reinstate Mr Jones.” source

“things never had been, nor ever could be much better or much worse—hunger, hardship, and disappointment being . . . the unalterable law of life.” George Orwell, Animal Farm

“Alas, how easily things go wrong! A sigh too much, or a kiss too long, And there follows a mist and a weeping rain, And life is never the same again.” George MacDonald, Phantastes

“Alas! . . . that so dull a spirit should be lodged in so goodly a form! Alas! that such an enterprise as the regeneration of England should turn on a hinge so imperfect!” Walter Scott, Ivanhoe

“Let us face it: our lives are miserable, laborious, and short.” George Orwell, Animal Farm 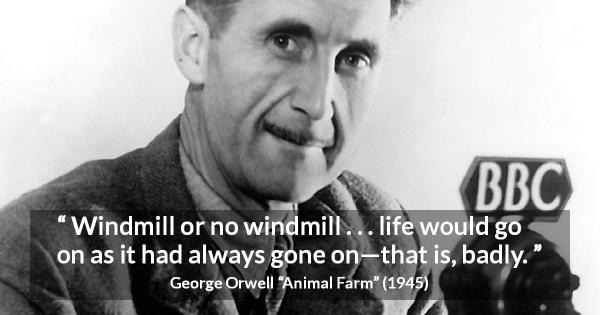 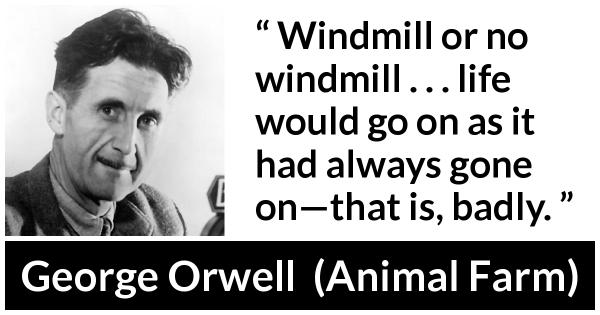 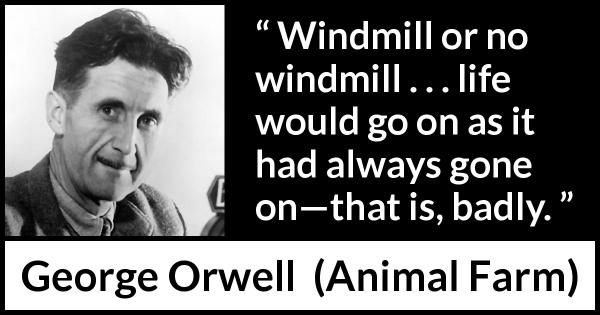 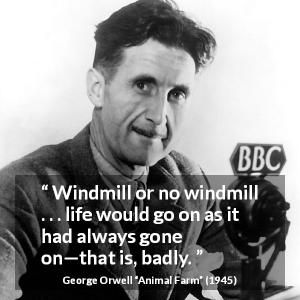 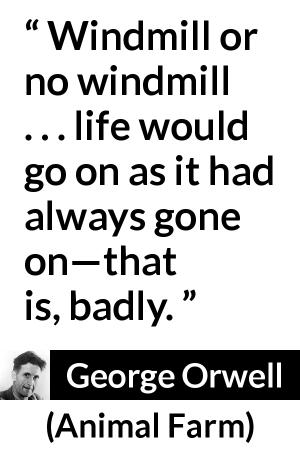