“And as condition, in his eyes, had the seeming of form, so he entered into what had been wall to him and bathed in the substance that composed it.
It was bewildering. He was sprawling through solidity. And ever the light grew brighter. Fear urged him to go back, but growth drove him on. Suddenly he found himself at the mouth of the cave. The wall, inside which he had thought himself, as suddenly leaped back before him to an immeasurable distance. The light had become painfully bright.” source

“But there were other forces at work in the cub, the greatest of which was growth. Instinct and law demanded of him obedience. But growth demanded disobedience.” Jack London, White Fang

“Fear doesn't shut you down; it wakes you up.” Veronica Roth, Divergent

“Growth is life, and life is for ever destined to make for light.” Jack London, White Fang 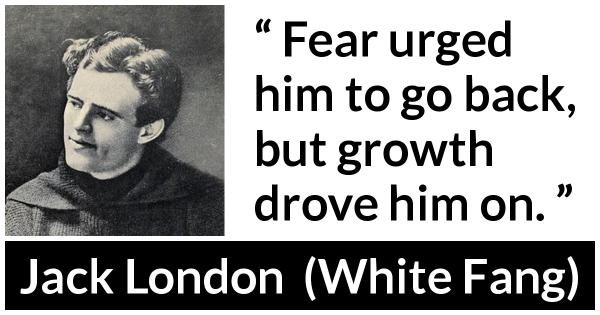 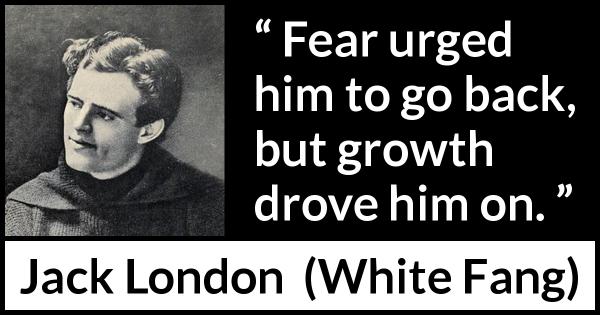 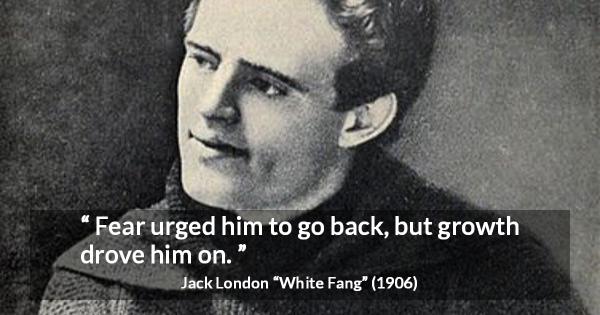 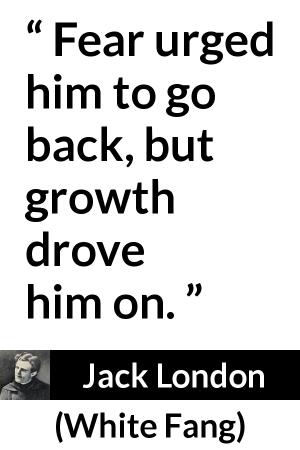 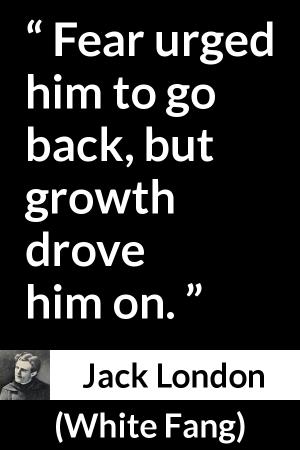 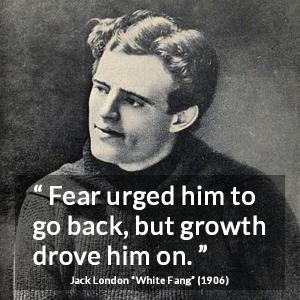