“ all human beings, as we meet them, are commingled out of good and evil: and Edward Hyde, alone in the ranks of mankind, was pure evil. ”
Robert Louis Stevenson, Strange Case of Dr Jekyll and Mr Hyde (1886). copy citation

“In my eyes it bore a livelier image of the spirit, it seemed more express and single, than the imperfect and divided countenance I had been hitherto accustomed to call mine. And in so far I was doubtless right. I have observed that when I wore the semblance of Edward Hyde, none could come near to me at first without a visible misgiving of the flesh. This, as I take it, was because all human beings, as we meet them, are commingled out of good and evil: and Edward Hyde, alone in the ranks of mankind, was pure evil.
I lingered but a moment at the mirror: the second and conclusive experiment had yet to be attempted; it yet remained to be seen if I had lost my identity beyond redemption and must flee before daylight from a house that was no longer mine; and hurrying back to my cabinet, I once more prepared and drank the cup, once more suffered the pangs of dissolution, and came to myself once more with the character, the stature and the face of Henry Jekyll.” source

“No evil dooms us hopelessly except the evil we love, and desire to continue in, and make no effort to escape from.” George Eliot, Daniel Deronda

“I came into this world, not chiefly to make this a good place to live in, but to live in it, be it good or bad.” Henry David Thoreau, Civil Disobedience 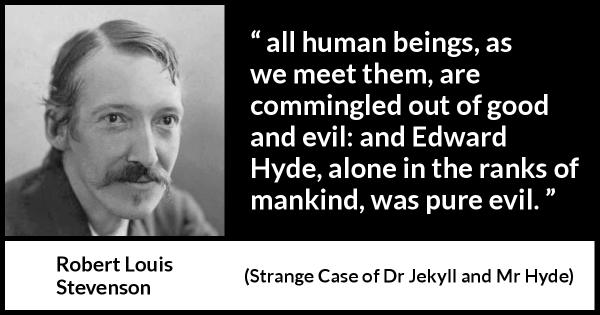 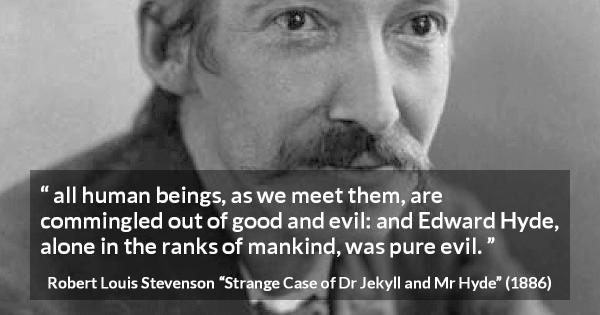 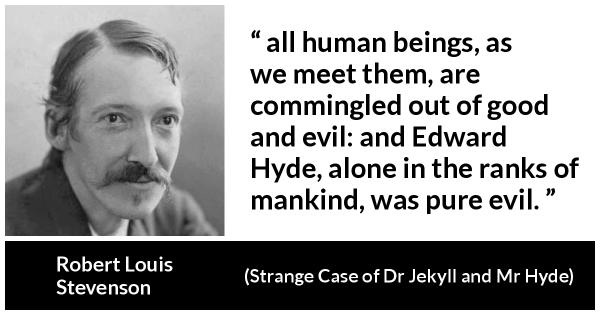 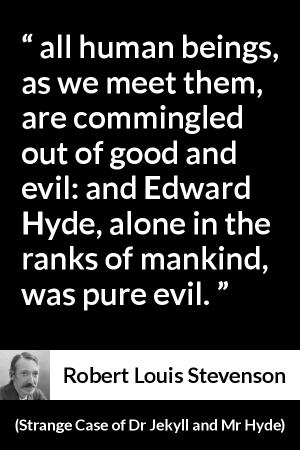 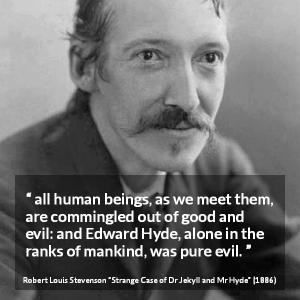 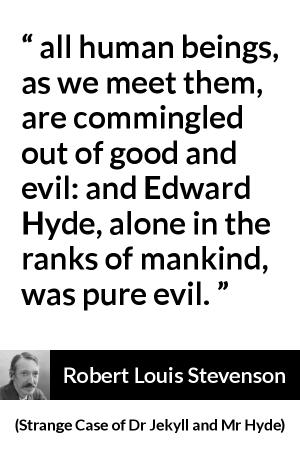