“ She gave so many reasons that I've forgotten them all. ”
Edith Wharton, The Age of Innocence (1920). copy citation

“A day or two later, on responding to a summons from Mrs. Manson Mingott, his soul had been more deeply tried.
He had found the old lady depressed and querulous.
"You know she's deserted me?" she began at once; and without waiting for his reply: "Oh, don't ask me why! She gave so many reasons that I've forgotten them all. My private belief is that she couldn't face the boredom. At any rate that's what Augusta and my daughters-in-law think. And I don't know that I altogether blame her. Olenski's a finished scoundrel; but life with him must have been a good deal gayer than it is in Fifth Avenue.” source

“If you remember me, then I don't care if everybody else forgets.” Haruki Murakami, Kafka on the Shore

“When I'm dead, I'm going to forget everything–and I advise you to do the same.” Kurt Vonnegut, Cat's Cradle

“there were times when I forgot not only who I was, but that I was, forgot to be.” Samuel Beckett, Molloy

“I wanted to be alone for a thousand years in order to reflect on what I had seen and heard — and in order to forget.” Henry Miller, Tropic of Capricorn 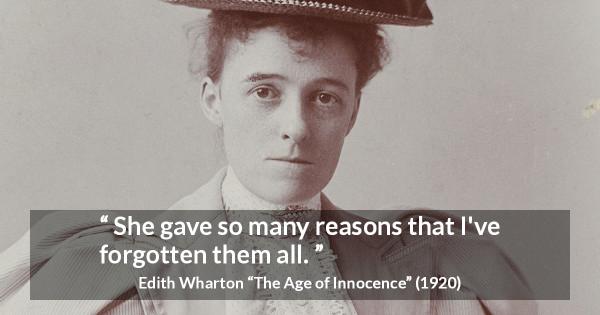 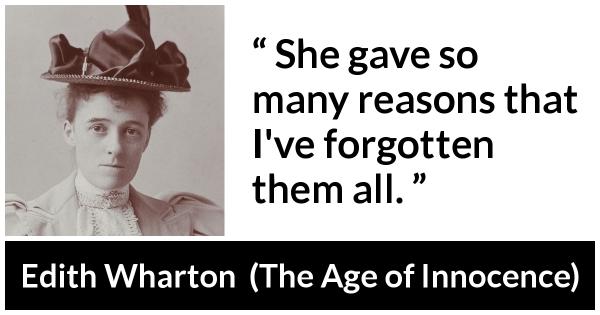 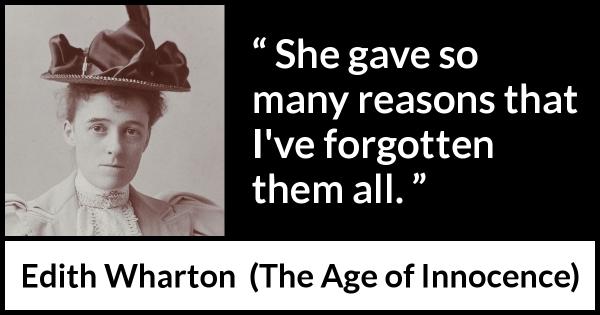 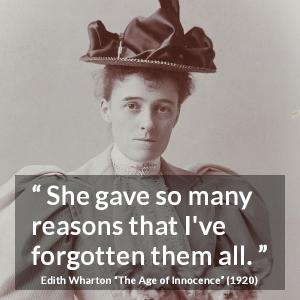 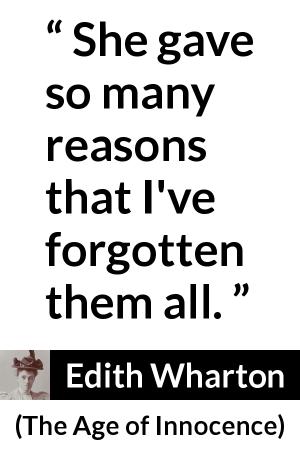 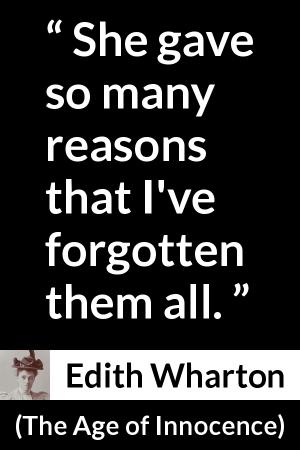