“ The confusion of marriage with morality has done more to destroy the conscience of the human race than any other single error. ”
George Bernard Shaw, Man and Superman (1903). copy citation

“[protesting] Really!—
DON JUAN. [determinedly] I say the most licentious of human institutions: that is the secret of its popularity. And a woman seeking a husband is the most unscrupulous of all the beasts of prey. The confusion of marriage with morality has done more to destroy the conscience of the human race than any other single error. Come, Ana! do not look shocked: you know better than any of us that marriage is a mantrap baited with simulated accomplishments and delusive idealizations. When your sainted mother, by dint of scoldings and punishments, forced you to learn how to play half a dozen pieces on the spinet which she hated as much as you did—had she any other purpose than to delude your suitors into the belief that your husband would have in his home an angel who would fill it with melody, or at least play him to sleep after dinner?” source

“There can be no disparity in marriage like unsuitability of mind and purpose.” Charles Dickens, David Copperfield

“I believe in recognizing every human being as a human being—neither white, black, brown, or red; and when you are dealing with humanity as a family there's no question of integration or intermarriage. It's just one human being marrying another...” Malcolm X, The Autobiography of Malcolm X

“Happiness in marriage is entirely a matter of chance.” Jane Austen, Pride and Prejudice

“a journey is like marriage. The certain way to be wrong is to think you control it.” John Steinbeck, Travels with Charley

“the one charm of marriage is that it makes a life of deception absolutely necessary for both parties.” Oscar Wilde, The Picture of Dorian Gray

“If no set of moral ideas were truer or better than any other, there would be no sense in preferring civilised morality to savage morality, or Christian morality to Nazi morality.” C. S. Lewis, Mere Christianity

“After all, marriage is marriage, and money's money—both useful things in their way ...” Edith Wharton, The Age of Innocence

“The Christian idea of marriage is based on Christ's words that a man and wife are to be regarded as a single organism” C. S. Lewis, Mere Christianity 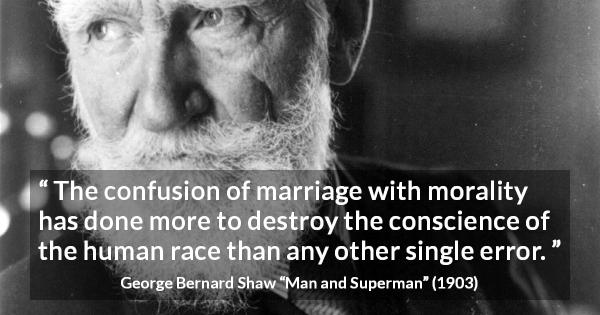 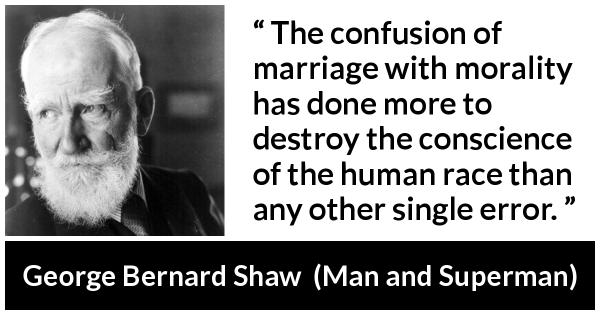 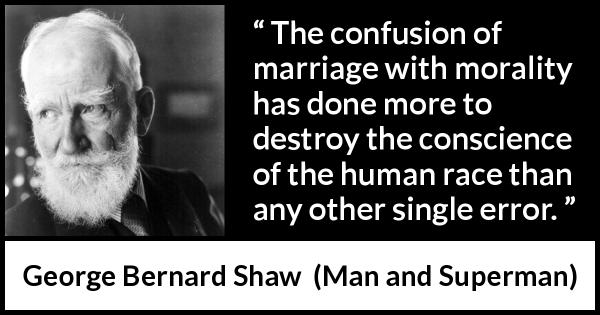 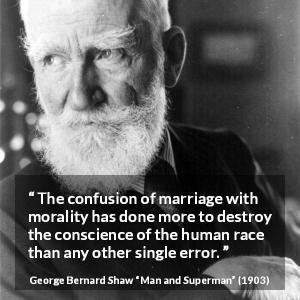 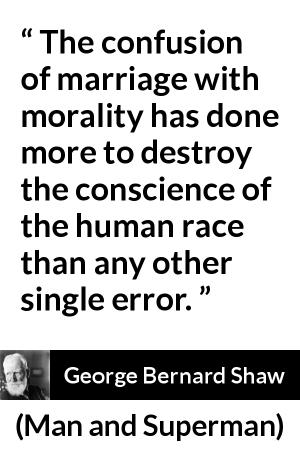 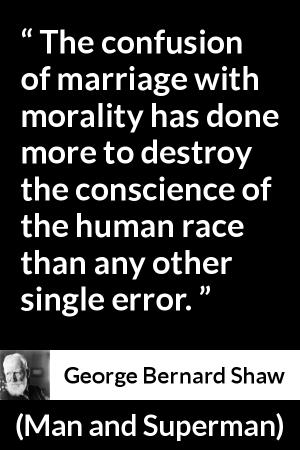