“ Even with her altered complexion and her face of dislike; disenchanted of the belief that clung around her; known for a living, walking sepulchre, faithless, deluding, traitorous; I felt notwithstanding all this, that she was beautiful. ”
George MacDonald, Phantastes (1858). copy citation

“All the creatures spoke a language of their own, with which I had nothing to do, and to which I cared not to find the key any more.
I walked listlessly along. What distressed me most—more even than my own folly—was the perplexing question, How can beauty and ugliness dwell so near? Even with her altered complexion and her face of dislike; disenchanted of the belief that clung around her; known for a living, walking sepulchre, faithless, deluding, traitorous; I felt notwithstanding all this, that she was beautiful. Upon this I pondered with undiminished perplexity, though not without some gain. Then I began to make surmises as to the mode of my deliverance; and concluded that some hero, wandering in search of adventure, had heard how the forest was infested; and, knowing it was useless to attack the evil thing in person, had assailed with his battle-axe the body in which he dwelt, and on which he was dependent for his power of mischief in the wood.” source

“She was beautiful—but especially she was without mercy.” F. Scott Fitzgerald, The Beautiful and Damned

“She was incomprehensible, for, in her, soul and spirit were one—the beauty of her body was the essence of her soul.” F. Scott Fitzgerald, The Beautiful and Damned

“I wouldn't exactly describe her as strictly beautiful. She knocked me out, though.” J. D. Salinger, The Catcher in the Rye

“Beauty to her, as to all who have felt, lay not in the thing, but in what the thing symbolized.” Thomas Hardy, Tess of the d'Urbervilles

“Her eyes were fine, but so large that they seemed to be bending beneath their own weight, strained the rest of her face and always made her appear unwell or in an ill humour.” Marcel Proust, Swann's Way

“She was dazzling—alight; it was agony to comprehend her beauty in a glance.” F. Scott Fitzgerald, The Beautiful and Damned

“Once for all; I knew to my sorrow, often and often, if not always, that I loved her against reason, against promise, against peace, against hope, against happiness, against all discouragement that could be.” Charles Dickens, Great Expectations 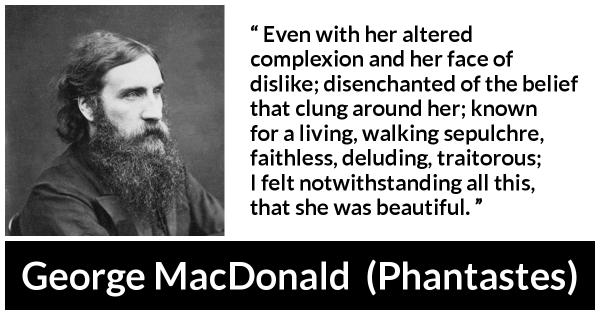 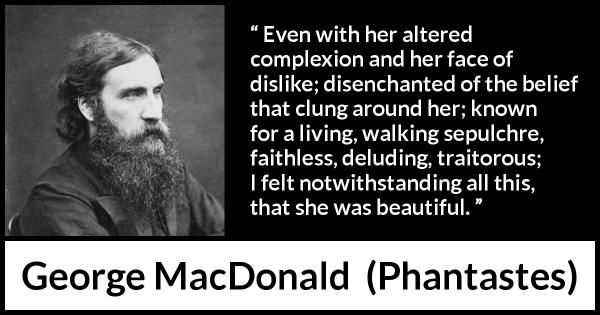 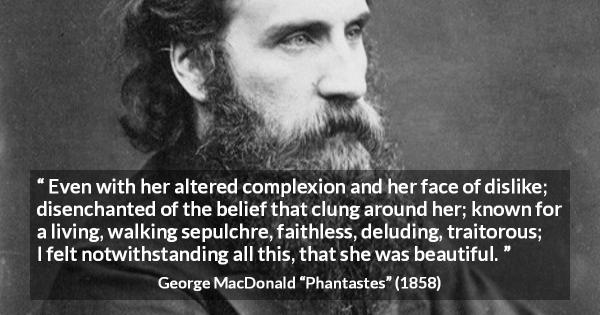 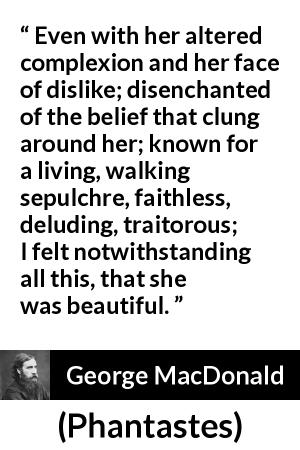 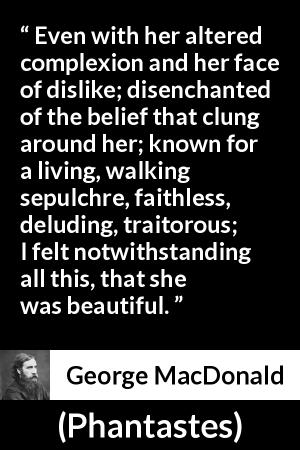 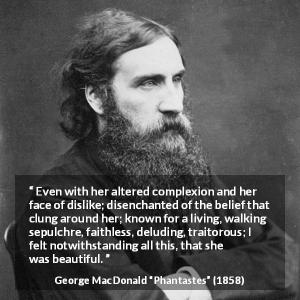