“ It is better to have old second-hand diamonds than none at all. ”
Mark Twain, Following the Equator (1897). copy citation

“He knew that, whether he was to blame or not, the company owning the vessel would discharge him and make a devotion—to—passengers' safety advertisement out of it, and his chance to make a livelihood would be permanently gone.
XXXIV.
Let us not be too particular. It is better to have old second-hand diamonds than none at all.
—Pudd'nhead Wilson's New Calendar.
November 27. To-day we reached Gisborne, and anchored in a big bay; there was a heavy sea on, so we remained on board.
We were a mile from shore; a little steam-tug put out from the land; she was an object of thrilling interest; she would climb to the summit of a billow, reel drunkenly there a moment, dim and gray in the driving storm of spindrift, then make a plunge like a diver and remain out of sight until one had given her up, then up she would dart again, on a steep slant toward the sky, shedding Niagaras of water from her forecastle—and this she kept up, all the way out to us.” source

“it would be better to know nothing than to know so little, so imperfectly” Denis Diderot, Rameau's Nephew 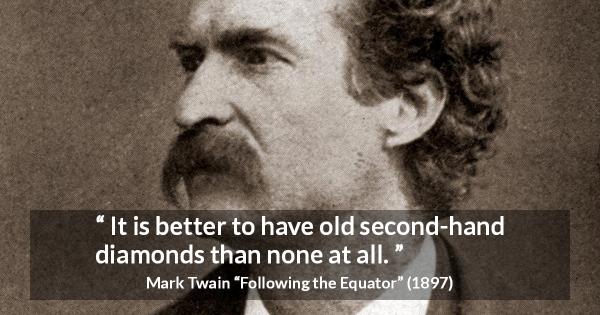 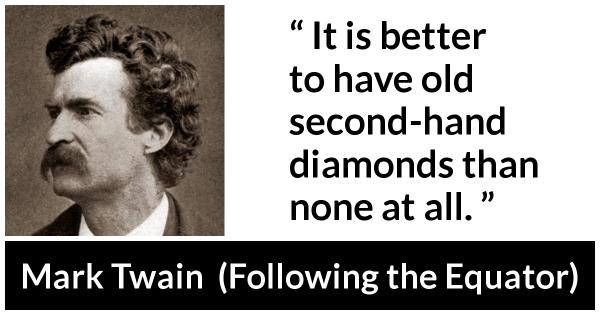 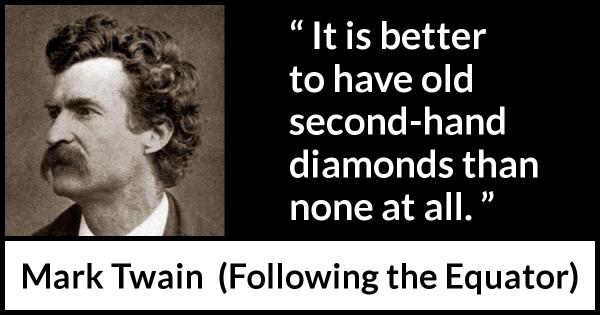 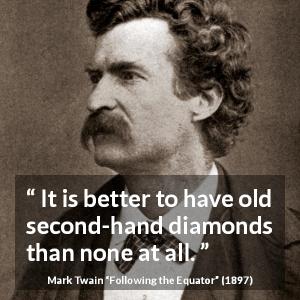 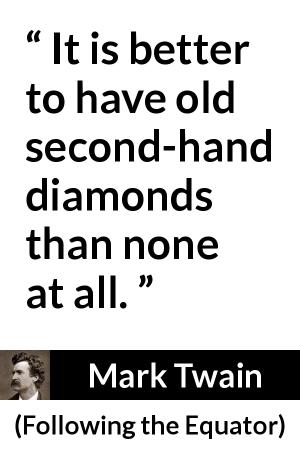 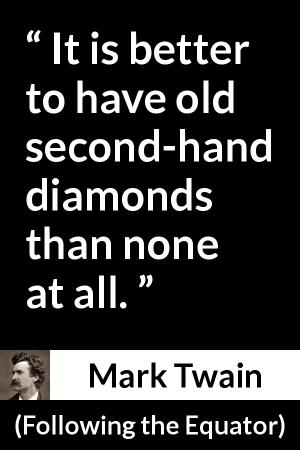