“ I am not rebelling against my God; I simply ‘don't accept His world.’ ”
Fyodor Dostoyevsky, The Brothers Karamazov (1880). copy citation

“So now you are in a temper with your God, you are rebelling against Him; He hasn't given promotion, He hasn't bestowed the order of merit! Eh, you are a set!»
Alyosha gazed a long while with his eyes half closed at Rakitin, [pg 379] and there was a sudden gleam in his eyes … but not of anger with Rakitin. «I am not rebelling against my God; I simply 'don't accept His world.' » Alyosha suddenly smiled a forced smile.
«How do you mean, you don't accept the world?» Rakitin thought a moment over his answer. «What idiocy is this?»
Alyosha did not answer. «Come, enough nonsense, now to business.” source

“It’s not that I don’t accept God, you must understand, it’s the world created by Him I don’t and cannot accept.” Fyodor Dostoyevsky, The Brothers Karamazov

“It’s not God that I don’t accept, Alyosha, only I most respectfully return Him the ticket.” Fyodor Dostoyevsky, The Brothers Karamazov

“I am at peace with God, my conflict is with man.” Charlie Chaplin, My Autobiography

“I think I would rather be a man than a god. We don’t need anyone to believe in us. We just keep going anyhow.” Neil Gaiman, American Gods 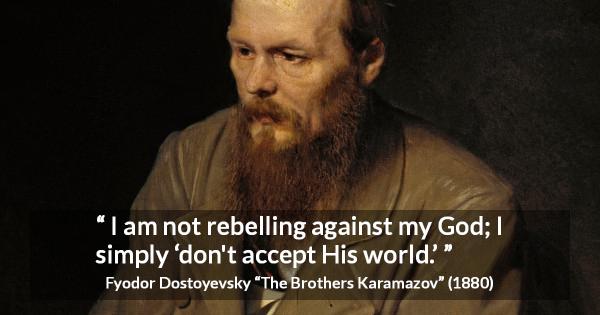 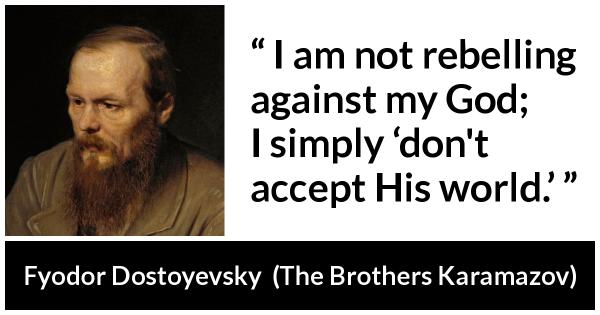 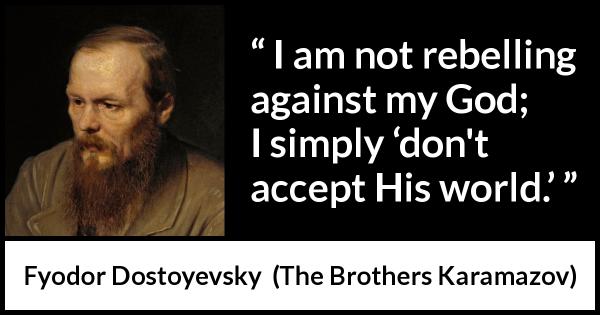 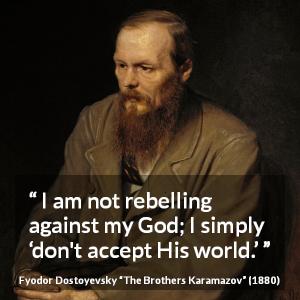 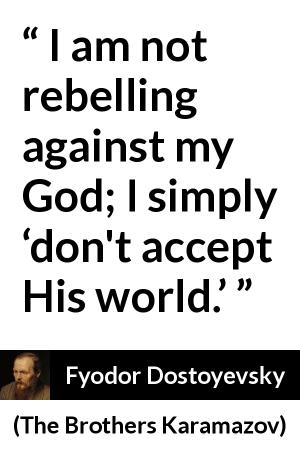 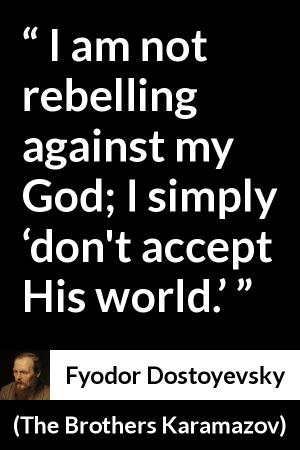