“ It seems, in fact, as though the second half of a man's life is usually made up of nothing but the habits he has accumulated during the first half. ”
Fyodor Dostoyevsky, Demons (1872). copy citation

“Drunkards of many years' standing, like Lebyadkin, often show traces of incoherence, of mental cloudiness, of something, as it were, damaged, and crazy, though they may deceive, cheat, and swindle, almost as well as anybody if occasion arises.
«I see that you haven't changed a bit in these four years and more, captain,» said Nikolay Vsyevolodovitch, somewhat more amiably. «It seems, in fact, as though the second half of a man's life is usually made up of nothing but the habits he has accumulated during the first half.»
«Grand words! You solve the riddle of life!» said the captain, half cunningly, half in genuine and unfeigned admiration, for he was a great lover of words. «Of all your sayings, Nikolay Vsyevolodovitch, I remember one thing above all; you were in Petersburg when you said it: 'One must really be a great man to be able to make a stand even against common sense.'” source

“The truth is that everyone is bored, and devotes himself to cultivating habits.” Albert Camus, The Plague

“man was born to live either in a state of distracting inquietude or of lethargic disgust.” Voltaire, Candide 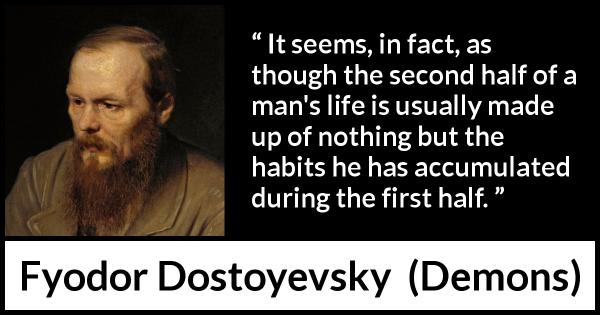 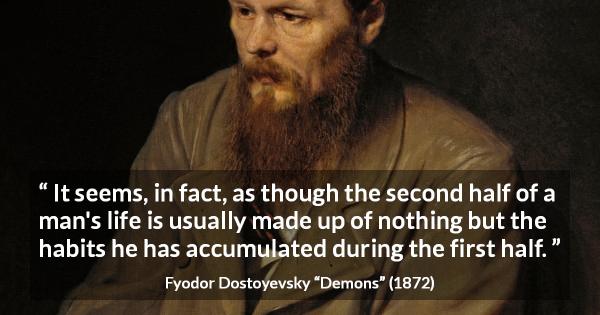 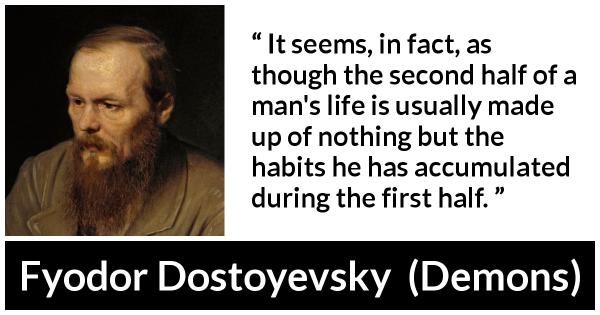 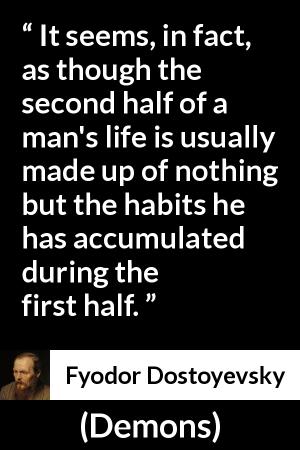 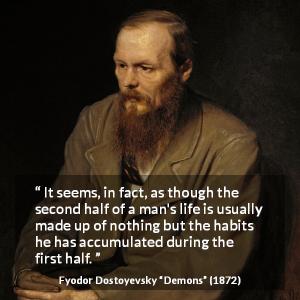 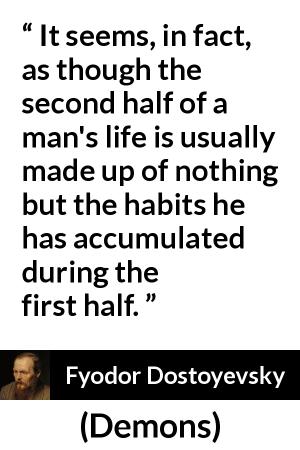