“ Man (in good earnest) is a marvellous vain, fickle, and unstable subject, and on whom it is very hard to form any certain and uniform judgment. ”
Michel de Montaigne, The Essays of Michel de Montaigne (1580). copy citation

“At which Dionysius, reading in his soldiers' looks, that instead of being incensed at the haughty language of this conquered enemy, to the contempt of their captain and his triumph, they were not only struck with admiration of so rare a virtue, but moreover inclined to mutiny, and were even ready to rescue the prisoner out of the hangman's hands, he caused the torturing to cease, and afterwards privately caused him to be thrown into the sea.—[Diod. Sic., xiv. 29.]
Man (in good earnest) is a marvellous vain, fickle, and unstable subject, and on whom it is very hard to form any certain and uniform judgment. For Pompey could pardon the whole city of the Mamertines, though furiously incensed against it, upon the single account of the virtue and magnanimity of one citizen, Zeno,—[Plutarch calls him Stheno, and also Sthemnus and Sthenis]—who took the fault of the public wholly upon himself; neither entreated other favour, but alone to undergo the punishment for all: and yet Sylla's host, having in the city of Perugia —[Plutarch says Preneste, a town of Latium.]” source
Original quote
“c'est un sujet merveilleusement vain, divers, et ondoyant que l'homme. Il est malaisé d'y fonder un jugement constant et uniforme” Michel de Montaigne, Essais

“It's so much easier to pass judgment on a man than on an idea.” Ayn Rand, The Fountainhead

“I wonder who it was defined man as a rational animal. It was the most premature definition ever given. Man is many things, but he is not rational.” Oscar Wilde, The Picture of Dorian Gray 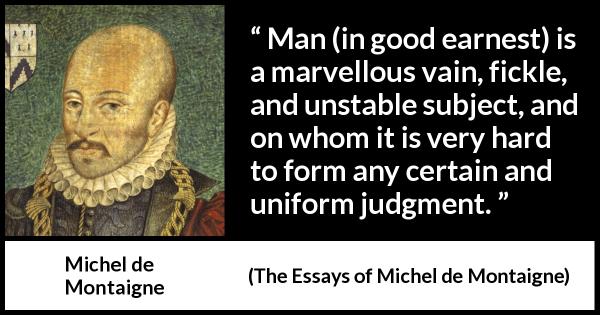 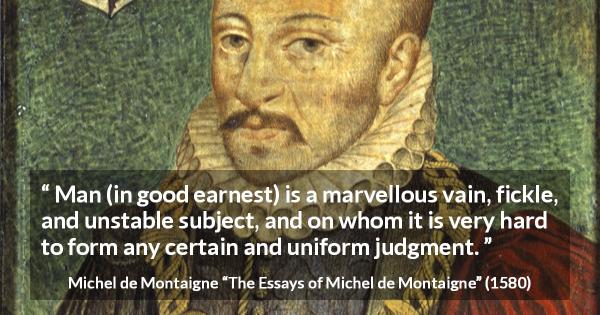 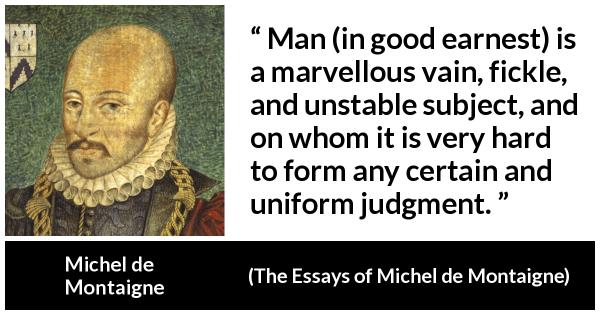 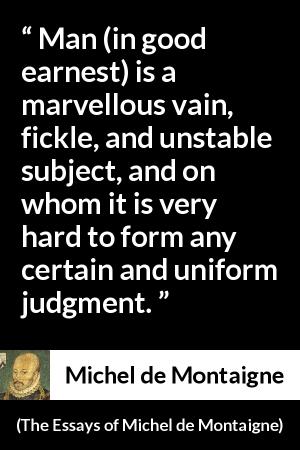 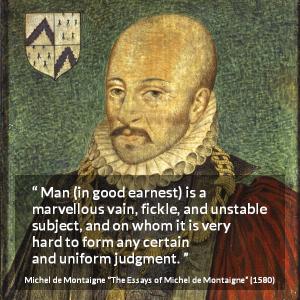 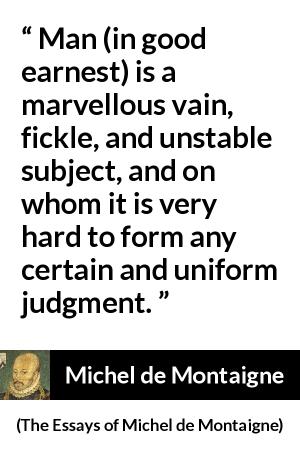