“ It is an odd thing, but every one who disappears is said to be seen at San Francisco. ”
Oscar Wilde, The Picture of Dorian Gray (1890). copy citation

“Scotland Yard still insists that the man in the grey ulster who left for Paris by the midnight train on the ninth of November was poor Basil, and the French police declare that Basil never arrived in Paris at all. I suppose in about a fortnight we shall be told that he has been seen in San Francisco. It is an odd thing, but every one who disappears is said to be seen at San Francisco. It must be a delightful city, and possess all the attractions of the next world."
"What do you think has happened to Basil?" asked Dorian, holding up his Burgundy against the light and wondering how it was that he could discuss the matter so calmly.” source

“The world is full of obvious things which nobody by any chance ever observes.” Arthur Conan Doyle, The Hound of the Baskervilles 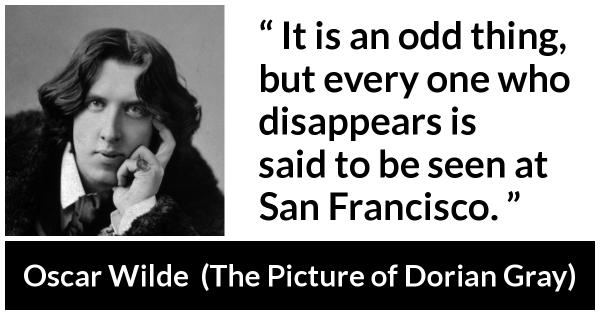 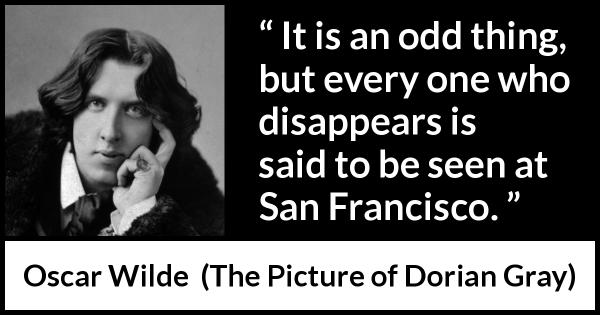 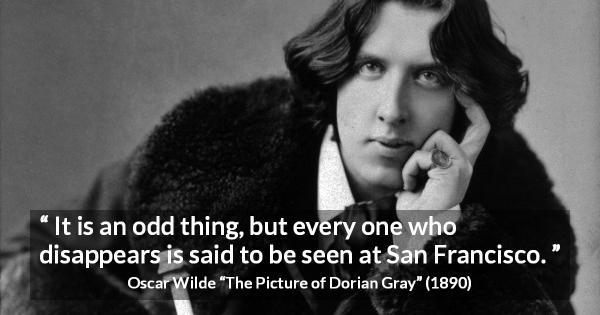 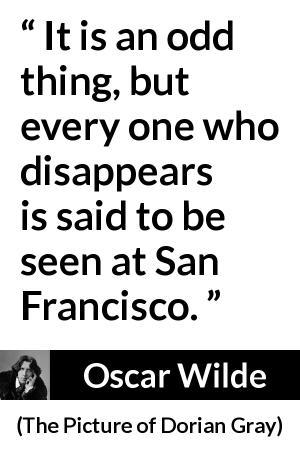 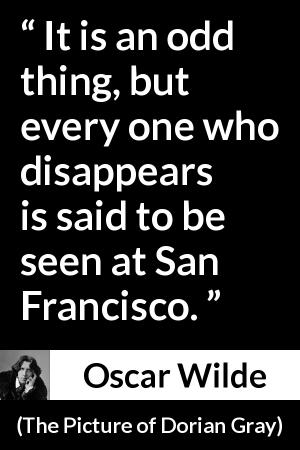 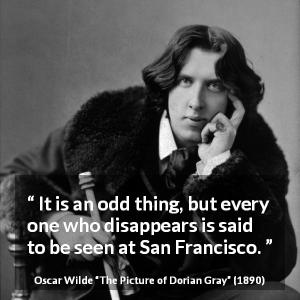