“ The most durable monument of human labor is that which recalls the wretchedness and nothingness of man. ”
Alexis de Tocqueville, Democracy in America (1835). copy citation

“How strange does it appear that nations have existed, and afterwards so completely disappeared from the earth that the remembrance of their very names is effaced; their languages are lost; their glory is vanished like a sound without an echo; though perhaps there is not one which has not left behind it some tomb in memory of its passage! The most durable monument of human labor is that which recalls the wretchedness and nothingness of man.
Although the vast country which we have been describing was inhabited by many indigenous tribes, it may justly be said at the time of its discovery by Europeans to have formed one great desert. The Indians occupied without possessing it.” source

“It is awfully hard work doing nothing. However, I don't mind hard work where there is no definite object of any kind.” Oscar Wilde, The Importance of Being Earnest

“there's no such thing as a lousy job—only lousy men who don't care to do it.” Ayn Rand, Atlas Shrugged

“Some great men owe most of their greatness to the ability of detecting in those they destine for their tools the exact quality of strength that matters for their work; and Brown, as though he had been really great, had a satanic gift of finding...” Joseph Conrad, Lord Jim

“The purest treasure mortal times afford is spotless reputation; that away, men are but gilded loam or painted clay.” William Shakespeare, Richard II 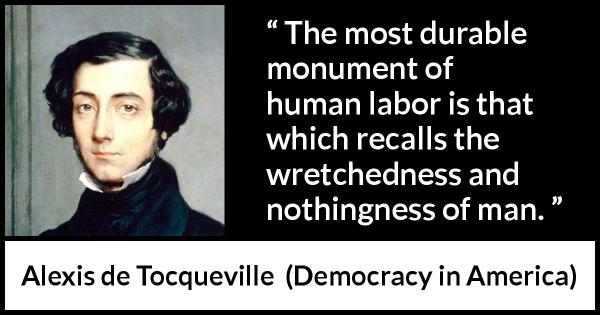 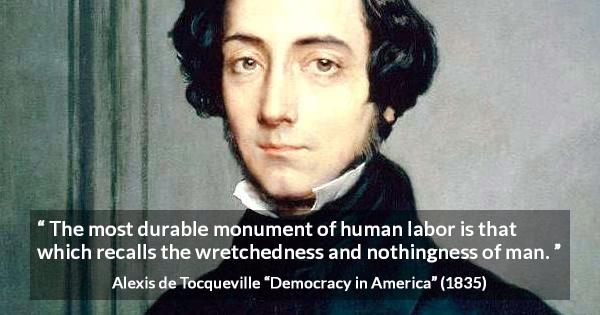 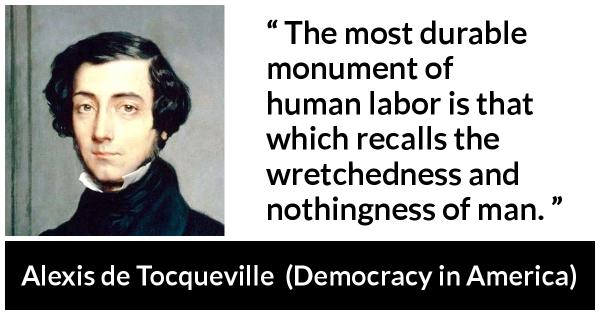 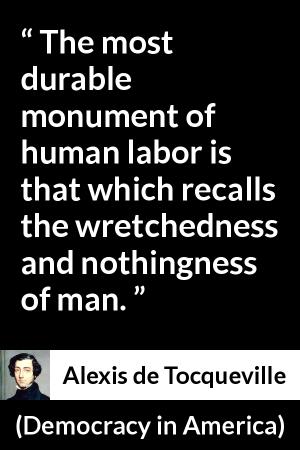 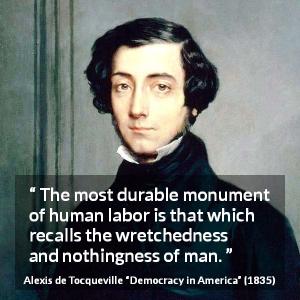 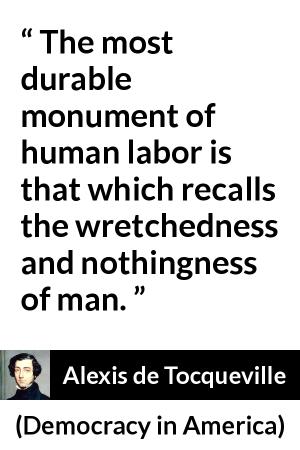