“ INVENTOR, n. A person who makes an ingenious arrangement of wheels, levers and springs, and believes it civilization. ”
Ambrose Bierce, The Devil's Dictionary (1906). copy citation

“"We hold these truths to be self-evident: that all men are created equal; that they are endowed by their Creator with certain inalienable rights; that among these are life, and the right to make that of another miserable by thrusting upon him an incalculable quantity of acquaintances; liberty, particularly the liberty to introduce persons to one another without first ascertaining if they are not already acquainted as enemies; and the pursuit of another's happiness with a running pack of strangers."
INVENTOR, n. A person who makes an ingenious arrangement of wheels, levers and springs, and believes it civilization.
IRRELIGION, n. The principal one of the great faiths of the world.
ITCH, n. The patriotism of a Scotchman.
J J is a consonant in English, but some nations use it as a vowel— than which nothing could be more absurd.” source

“Trust thyself: every heart vibrates to that iron string. Accept the place the divine providence has found for you, the society of your contemporaries, the connection of events.” Ralph Waldo Emerson, Self-Reliance 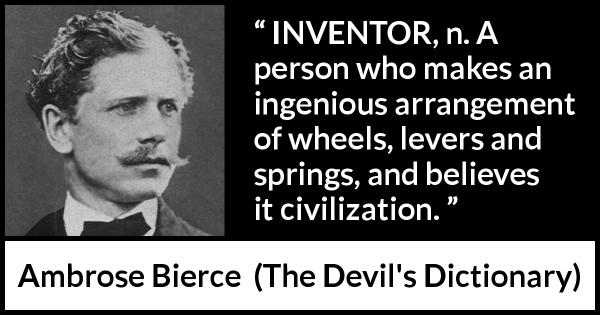 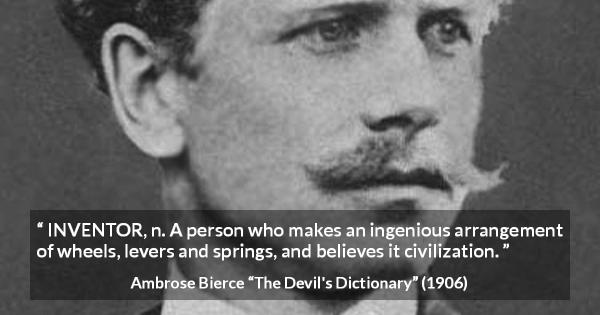 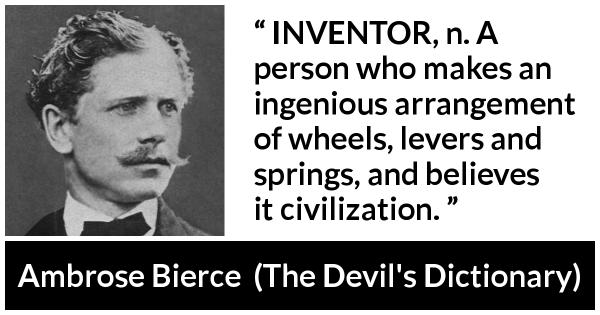 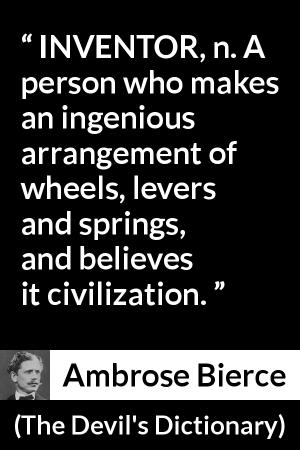 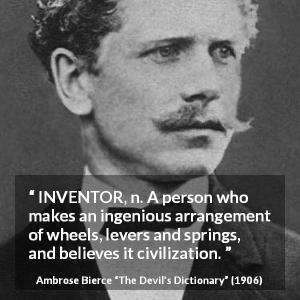 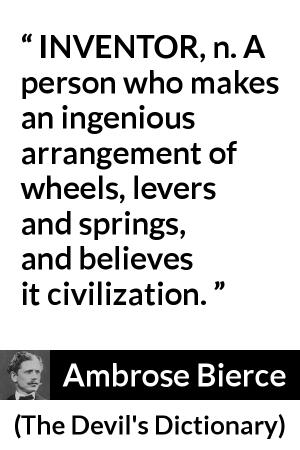