“ A human being is primarily a bag for putting food into ”
George Orwell, The Road to Wigan Pier (1937). copy citation

“He was fond of quoting Napoleon's maxim 'An army marches on its stomach', and at the end of his lecture he would suddenly turn to us and demand, 'What's the most important thing in the world?' We were expected to shout 'Food!' and if we did not do so he was disappointed.
Obviously he was right in a way. A human being is primarily a bag for putting food into; the other functions and faculties may be more godlike, but in point of time they come afterwards. A man dies and is buried, and all his words and actions are forgotten, but the food he has eaten lives after him in the sound or rotten bones of his children. I think it could be plausibly argued that changes of diet are more important than changes of dynasty or even of religion.” source

“Food is good for the nerves and the spirit. Courage comes from the belly—all else is desperation.” Charles Bukowski, Post Office

“Man in his hunger for faith will feed his mind with the nearest and most convenient food.” F. Scott Fitzgerald, This Side of Paradise 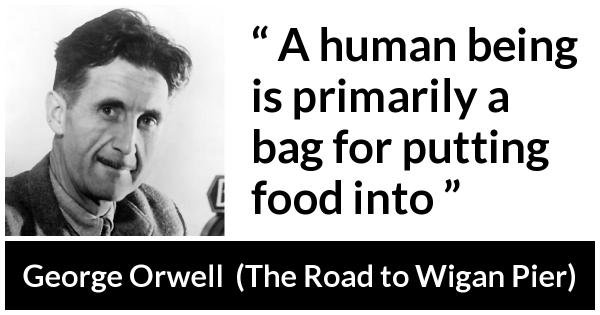 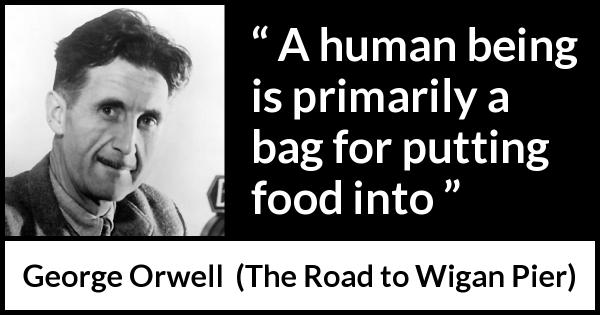 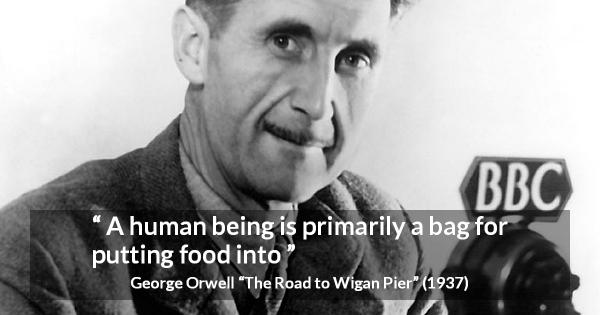 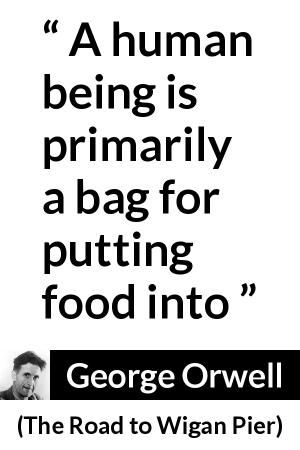 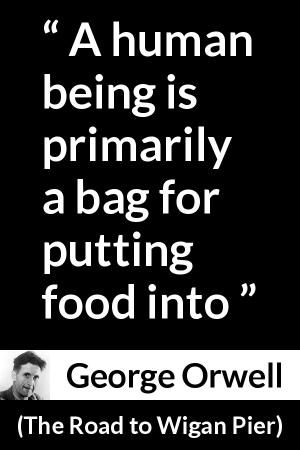 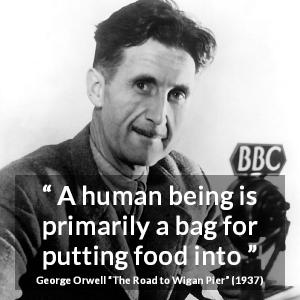