“ When in doubt, tell the truth. ”
Mark Twain, Following the Equator (1897). copy citation

“Beyond this remark he was economical of the truth. The first thing he did in Australia was to get into the lockup, and the next thing he did was to proclaim himself an earl in the police court in the morning and fail to prove it.
CHAPTER II.
When in doubt, tell the truth.
—Pudd'nhead Wilson's New Calendar.
About four days out from Victoria we plunged into hot weather, and all the male passengers put on white linen clothes. One or two days later we crossed the 25th parallel of north latitude, and then, by order, the officers of the ship laid away their blue uniforms and came out in white linen ones.” source

“Thou doubtest because thou lovest the truth.” George MacDonald, Lilith

“Examine your words well, and you will find that even when you have no motive to be false, it is a very hard thing to say the exact truth” George Eliot, Adam Bede

“You have to be a bit of a liar to tell a story the right way. Too much truth confuses the facts. Too much honesty makes you sound insincere.” Patrick Rothfuss, The Name of the Wind

“The first way to lie artistically is to tell the truth—but not all of it. The second way involves telling the truth, too, but is harder: Tell the exact truth and maybe all of it... but tell it so unconvincingly that your listener is sure you...” Robert A. Heinlein, Time Enough for Love

“when you find that people are not telling you the truth—look out!” Agatha Christie, The Mysterious Affair at Styles

“The fact is, the Time Traveller was one of those men who are too clever to be believed: you never felt that you saw all round him; you always suspected some subtle reserve, some ingenuity in ambush, behind his lucid frankness.” H. G. Wells, The Time Machine 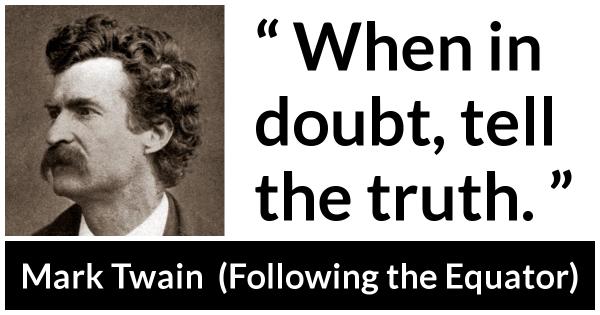 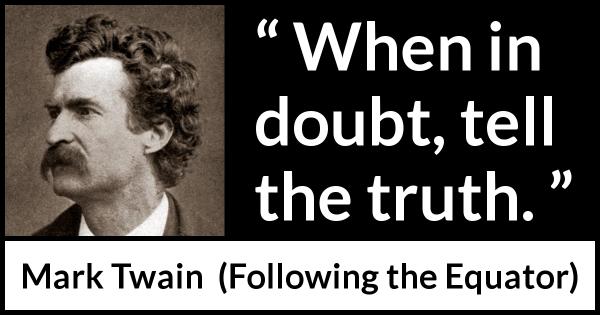 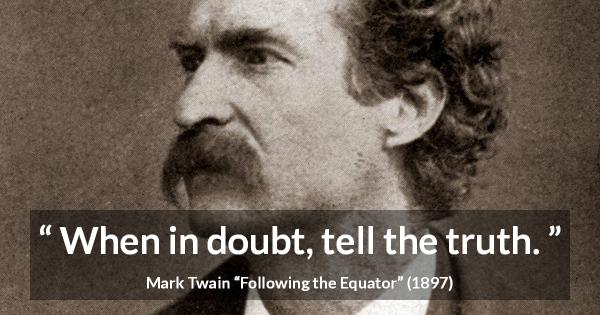 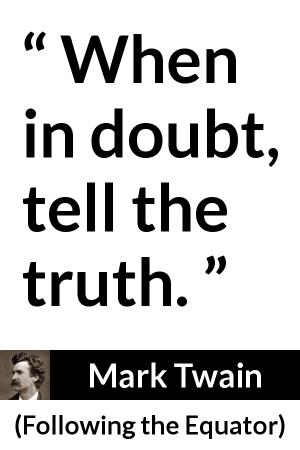 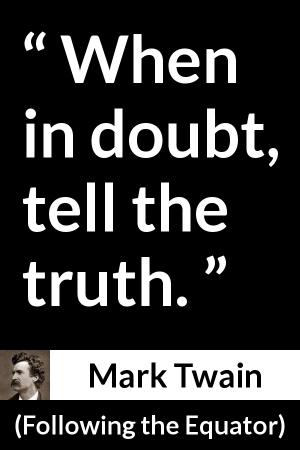 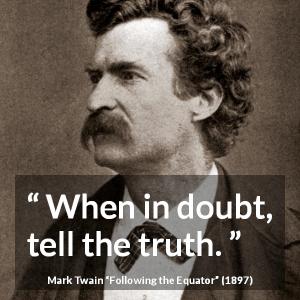