“when she got to the door, she found she had forgotten the little golden key, and when she went back to the table for it, she found she could not possibly reach it: she could see it quite plainly through the glass, and she tried her best to climb up one of the legs of the table, but it was too slippery; and when she had tired herself out with trying, the poor little thing sat down and cried.
'Come, there's no use in crying like that!' said Alice to herself, rather sharply; 'I advise you to leave off this minute!' She generally gave herself very good advice, (though she very seldom followed it), and sometimes she scolded herself so severely as to bring tears into her eyes; and once she remembered trying to box her own ears for having cheated herself in a game of croquet she was playing against herself, for this curious child was very fond of pretending to be two people. 'But it's no use now,' thought poor Alice, 'to pretend to be two people! Why, there's hardly enough of me left to make one respectable person!'
Soon her eye fell on a little glass box that was lying under the table: she opened it, and found in it a very small cake, on which the words 'EAT ME' were beautifully marked in currants.” source

“I always pass on good advice. It is the only thing to do with it. It is never of any use to oneself.” Oscar Wilde, An Ideal Husband

“Elves seldom give unguarded advice, for advice is a dangerous gift, even from the wise to the wise, and all courses may run ill.” J. R. R. Tolkien, The Fellowship of the Ring

“People, in general . . . only ask advice not to follow it; or if they do follow it, it is for the sake of having someone to blame for having given it.” Alexandre Dumas, The Three Musketeers

“He seems to be of great authority. Close with him, give him gold; and though authority be a stubborn bear, yet he is oft led by the nose with gold.” William Shakespeare, The Winter's Tale 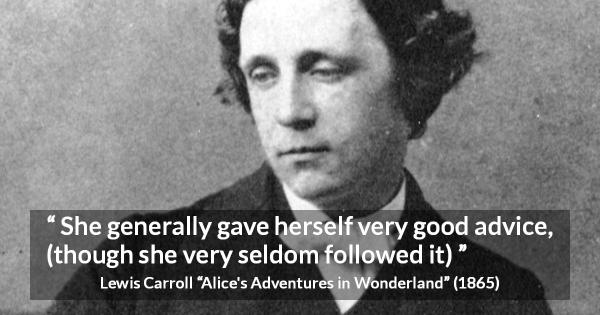 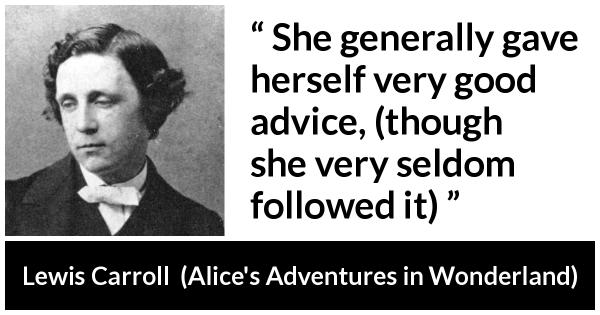 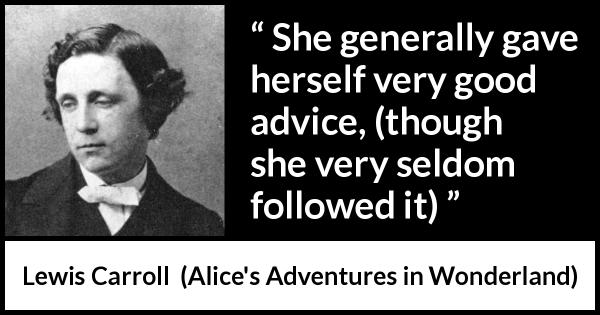 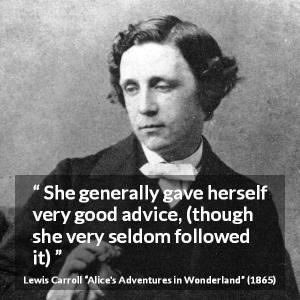 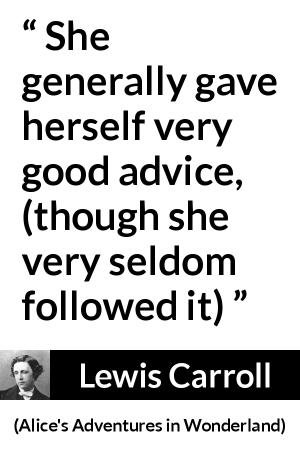 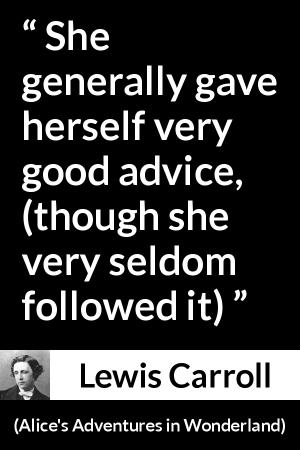