“ Mediocrity knows nothing higher than itself; but talent instantly recognizes genius ”
Arthur Conan Doyle, The Valley of Fear (1915). copy citation

“Twice already in his career had Holmes helped him to attain success, his own sole reward being the intellectual joy of the problem. For this reason the affection and respect of the Scotchman for his amateur colleague were profound, and he showed them by the frankness with which he consulted Holmes in every difficulty. Mediocrity knows nothing higher than itself; but talent instantly recognizes genius, and MacDonald had talent enough for his profession to enable him to perceive that there was no humiliation in seeking the assistance of one who already stood alone in Europe, both in his gifts and in his experience. Holmes was not prone to friendship, but he was tolerant of the big Scotchman, and smiled at the sight of him.
«You are an early bird, Mr. Mac,» said he. «I wish you luck with your worm. I fear this means that there is some mischief afoot.»” source

“It may be that you are not yourself luminous, but you are a conductor of light. Some people without possessing genius have a remarkable power of stimulating it.” Arthur Conan Doyle, The Hound of the Baskervilles

“It takes people a long time to learn the difference between talent and genius, especially ambitious young men and women.” Louisa May Alcott, Little Women

“The unrecognized genius-that's an old story. Have you ever thought of a much worse one-the genius recognized too well?” Ayn Rand, The Fountainhead

“Accordingly genius is an intellect which has become untrue to its destination.” Arthur Schopenhauer, The World as Will and Representation

“They say that genius is an infinite capacity for taking pains . . . It’s a very bad definition, but it does apply to detective work.” Arthur Conan Doyle, A Study in Scarlet 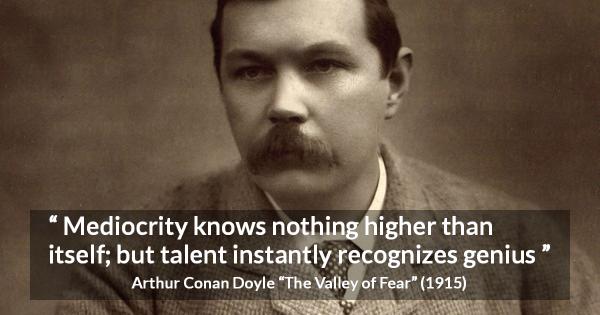 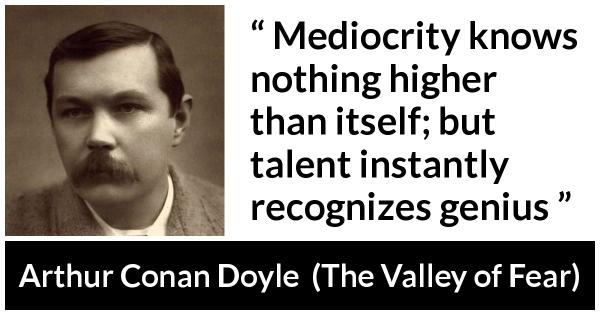 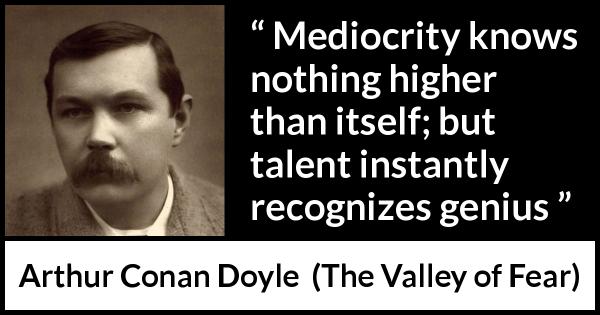 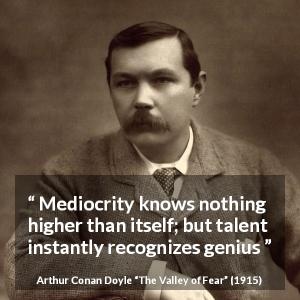 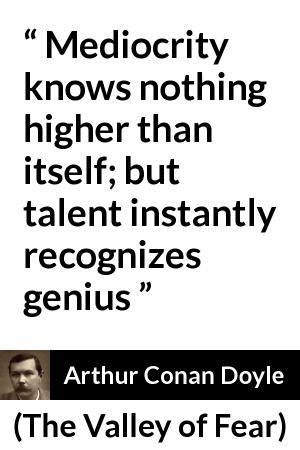 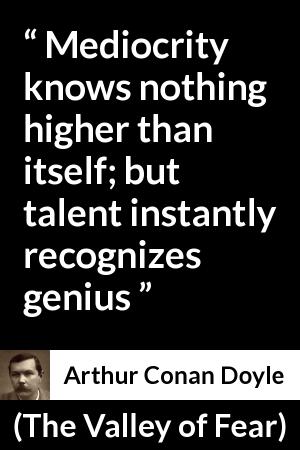