“ Accordingly genius is an intellect which has become untrue to its destination. ”
Arthur Schopenhauer, The World as Will and Representation (1819). copy citation

“According to the exposition of the nature of genius which has been given, it is so far contrary to nature, inasmuch as it consists in this, that the intellect, whose real destination is the service of the will, emancipates itself from this service in order to be active on its own account. Accordingly genius is an intellect which has become untrue to its destination. Upon this depend the disadvantages connected with it, for the consideration of which we shall now prepare the way by comparing genius with the less decided predominance of the intellect.
The intellect of the normal man, strictly bound to the service of the will, and therefore really only occupied [pg 152] with the apprehension of motives, may be regarded as a complex system of wires, by means of which each of these puppets is set in motion in the theatre of the world.” source

“And then, again, the more distinctly a man knows, the more intelligent he is, the more pain he has; the man who is gifted with genius suffers most of all.” Arthur Schopenhauer, The World as Will and Representation

“The unrecognized genius-that's an old story. Have you ever thought of a much worse one-the genius recognized too well?” Ayn Rand, The Fountainhead

“No man ever followed his genius till it misled him.” Henry David Thoreau, Walden

“In every work of genius we recognize our own rejected thoughts: they come back to us with a certain alienated majesty.” Ralph Waldo Emerson, Self-Reliance

“Baby . . . I'm a genius but nobody knows it but me.” Charles Bukowski, Factotum 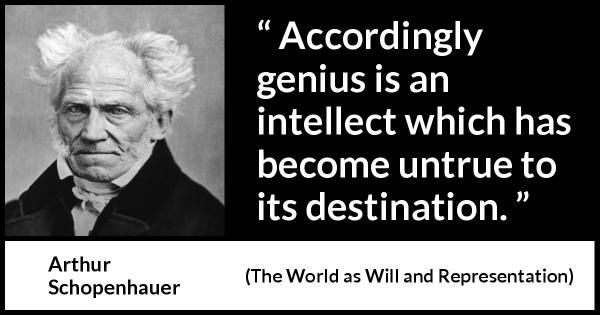 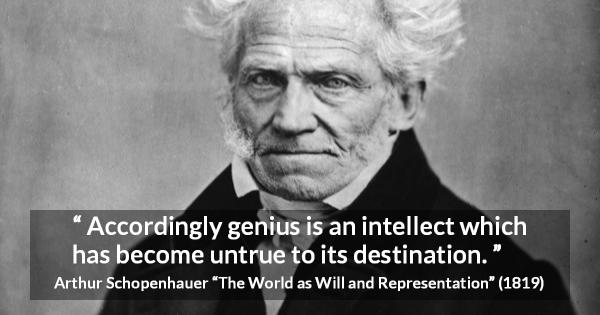 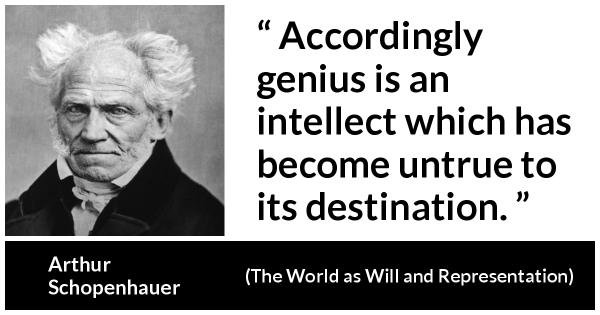 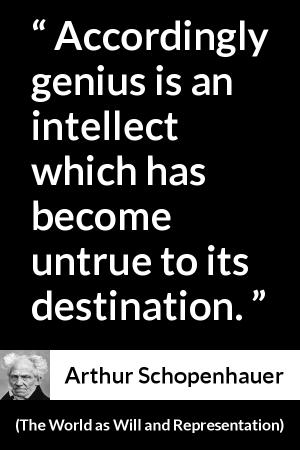 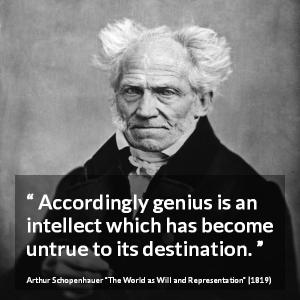 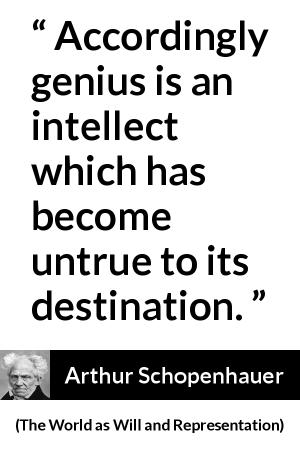