“They say that genius is an infinite capacity for taking pains . . . It’s a very bad definition, but it does apply to detective work.” Arthur Conan Doyle, A Study in Scarlet

“We have no need for genius—genius is dead. We have need for strong hands, for spirits who are willing to give up the ghost and put on flesh…” Henry Miller, Tropic of Cancer

“Accordingly genius is an intellect which has become untrue to its destination.” Arthur Schopenhauer, The World as Will and Representation

“Genius is an exaggeration of dimension. So is elephantiasis. Both may be only a disease.” Ayn Rand, The Fountainhead

“Perhaps the greatest faculty our minds possess is the ability to cope with pain.” Patrick Rothfuss, The Name of the Wind

“By God, I mean a being absolutely infinite—that is, a substance consisting in infinite attributes, of which each expresses eternal and infinite essentiality.” Baruch Spinoza, Ethics

“And then, again, the more distinctly a man knows, the more intelligent he is, the more pain he has; the man who is gifted with genius suffers most of all.” Arthur Schopenhauer, The World as Will and Representation

“It may be that you are not yourself luminous, but you are a conductor of light. Some people without possessing genius have a remarkable power of stimulating it.” Arthur Conan Doyle, The Hound of the Baskervilles 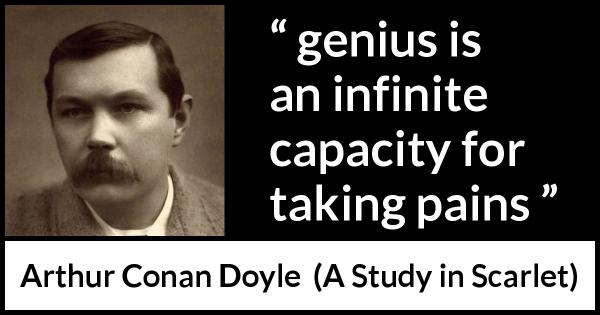 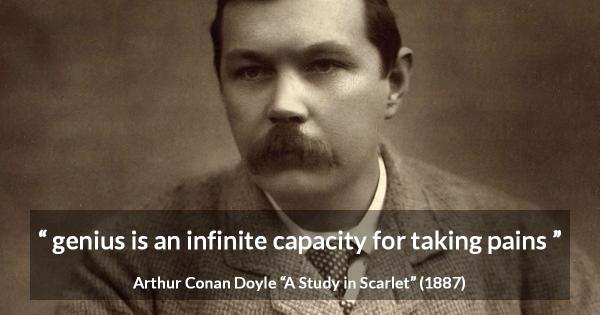 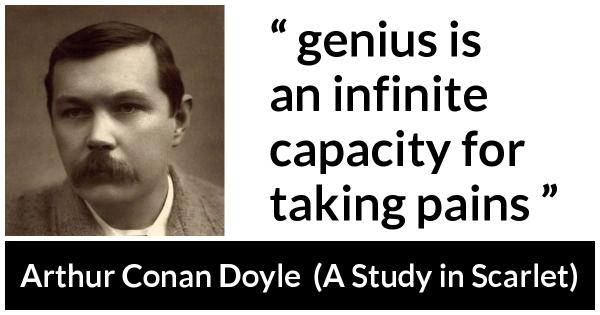 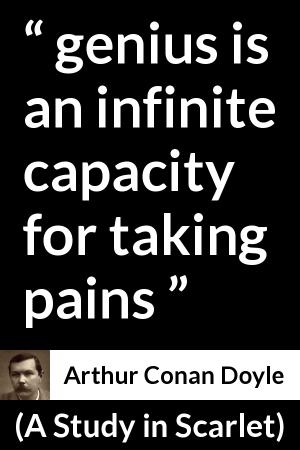 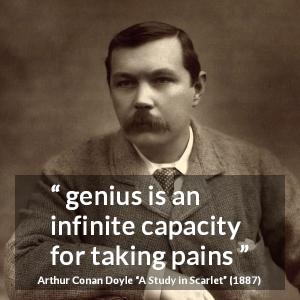 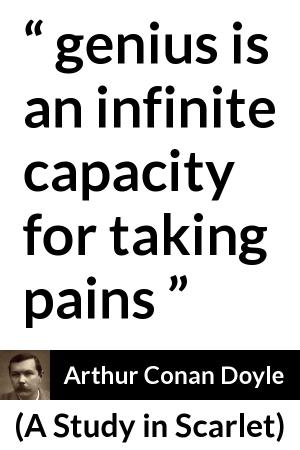