“ By God, I mean a being absolutely infinite—that is, a substance consisting in infinite attributes, of which each expresses eternal and infinite essentiality. ”
Baruch Spinoza, Ethics (1677). copy citation

“By the name God I understand a substance that is infinite, eternal, immutable, independent, all-knowing, all-powerful, and by which I myself and everything else, if anything else does exist, have been created.” René Descartes, Meditations on First Philosophy

“The human mind has an adequate knowledge of the eternal and infinite essence of God.” Baruch Spinoza, Ethics

“The future belongs to hearts even more than it does to minds. Love, that is the only thing that can occupy and fill eternity. In the infinite, the inexhaustible is requisite.” Victor Hugo, Les Misérables

“Nature does not work with an end in view. For the eternal and infinite Being, which we call God or Nature, acts by the same necessity as that whereby it exists.” Baruch Spinoza, Ethics

“It is certain that I no less find the idea of God, that is to say, the idea of a supremely perfect Being, in me, than that of any figure or number whatever it is;” René Descartes, Meditations on First Philosophy

“To me, a great ineptitude exists on the part of those who would have it that God made the universe more in proportion to the small capacity of their reason than to His immense, His infinite, power.” Galileo Galilei, Dialogue Concerning the Two Chief World Systems

“This is one of the difficulties which arise when we attempt, with our finite minds, to discuss the infinite, assigning to it those properties which we give to the finite and limited; but this I think is wrong, for we cannot speak of infinite...” Galileo Galilei, Dialogue Concerning the Two Chief World Systems

“The problem with introspection is that it has no end” Philip K. Dick, The Transmigration of Timothy Archer 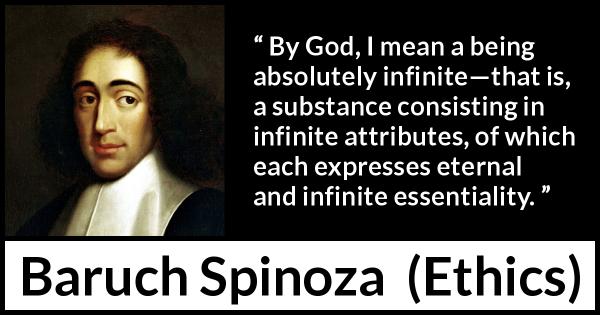 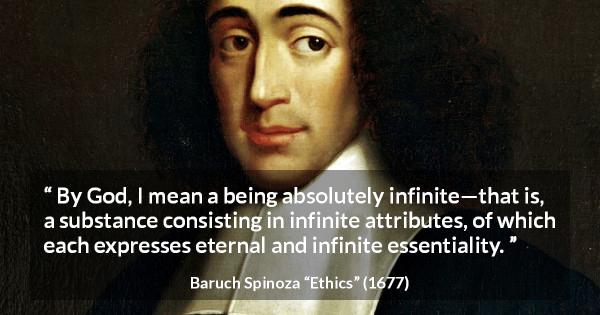 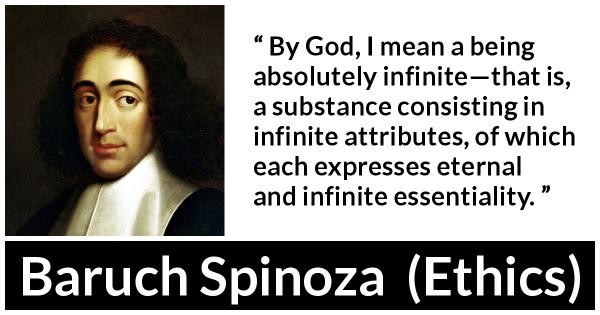 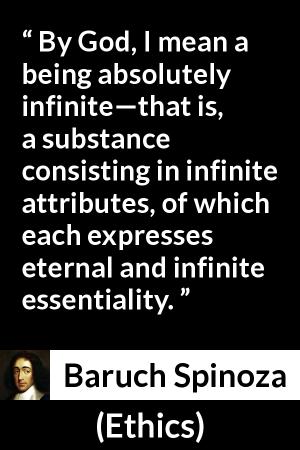 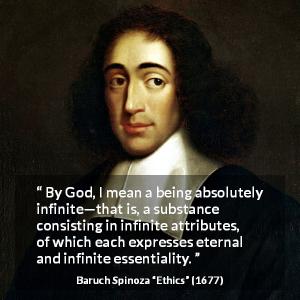 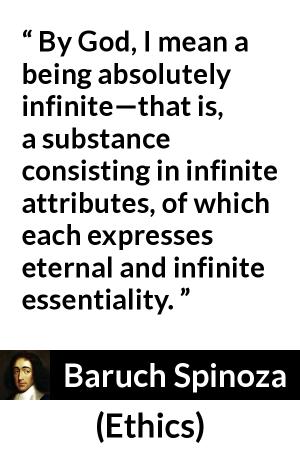