“ It is certain that I no less find the idea of God, that is to say, the idea of a supremely perfect Being, in me, than that of any figure or number whatever it is; ”
René Descartes, Meditations on First Philosophy (1641). copy citation

“But now, if just because I can draw the idea of something from my thought, it follows that all which I know clearly and distinctly as pertaining to this object does really belong to it, may I not derive from this an argument demonstrating the existence of God? It is certain that I no less find the idea of God, that is to say, the idea of a supremely perfect Being, in me, than that of any figure or number whatever it is; and I do not know any less clearly and distinctly that an [actual and] eternal existence pertains to this nature than I know that all that which I am able to demonstrate of some figure or number truly pertains to the nature of this figure or number, and therefore, although all that I concluded in the preceding Meditations were found to be false, the existence of God would pass with me as at least as certain as I have ever held the truths of mathematics (which concern only numbers and figures) to be.
This indeed is not at first manifest, since it would seem to present some appearance of being a sophism. For being accustomed in all other things to make a distinction between existence and essence, I easily persuade myself that the existence can be separated from the essence of God, and that we can thus conceive God as not actually existing.” source
Original quote
“Il est certain que je ne trouve pas moins en moi son idée, c'est-à-dire l'idée d'un être souverainement parfait, que celle de quelque figure ou de quelque nombre que ce soit” René Descartes, Méditations métaphysiques

“If you think God's there, He is. If you don't, He isn't. And if that's what God's like, I wouldn't worry about it.” Haruki Murakami, Kafka on the Shore

“It’s not that I don’t accept God, you must understand, it’s the world created by Him I don’t and cannot accept.” Fyodor Dostoyevsky, The Brothers Karamazov

“To me, a great ineptitude exists on the part of those who would have it that God made the universe more in proportion to the small capacity of their reason than to His immense, His infinite, power.” Galileo Galilei, Dialogue Concerning the Two Chief World Systems

“I am convinced that God is love, this thought has for me a primitive lyrical validity.” Søren Kierkegaard, Fear and Trembling

“I have found God, but he is insufficient.” Henry Miller, Tropic of Cancer

“By the name God I understand a substance that is infinite, eternal, immutable, independent, all-knowing, all-powerful, and by which I myself and everything else, if anything else does exist, have been created.” René Descartes, Meditations on First Philosophy

“This is God's universe, buddy, not yours, and he has the final say about what's ego and what isn't.” J. D. Salinger, Franny and Zooey 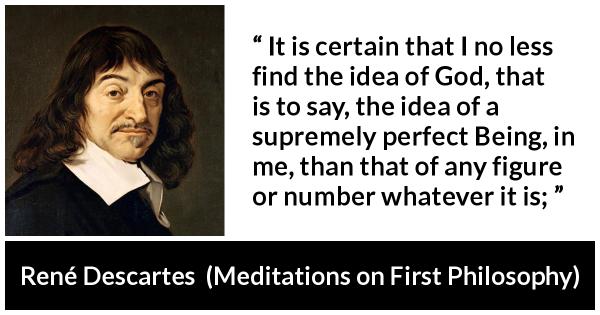 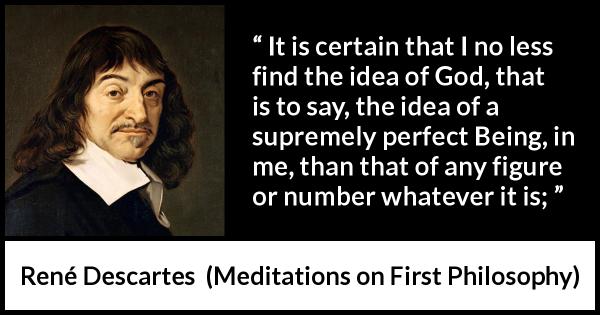 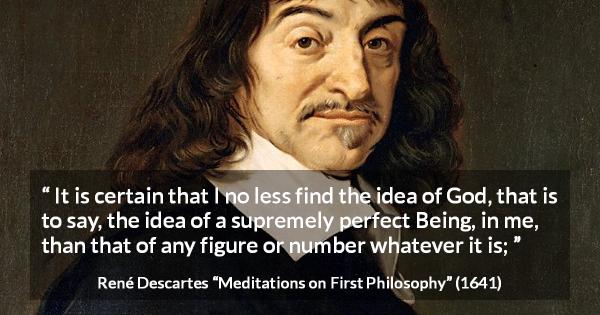 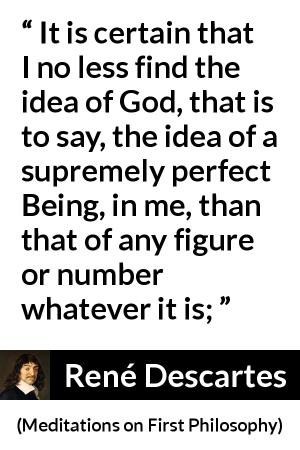 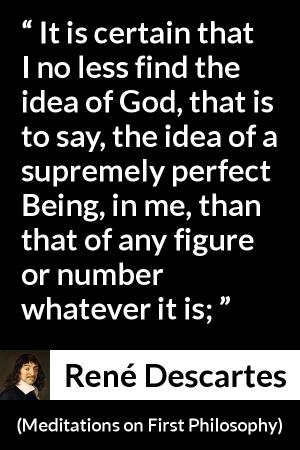 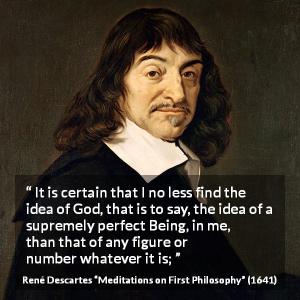