“ Our virtues and our failings are inseparable, like force and matter. When they separate, man is no more. ”
Nikola Tesla, The Problem of Increasing Human Energy (1900). copy citation

“Nor do I believe that warfare can ever be arrested by any scientific or ideal development, so long as similar conditions to those prevailing now exist, because war has itself become a science, and because war involves some of the most sacred sentiments of which man is capable. In fact, it is doubtful whether men who would not be ready to fight for a high principle would be good for anything at all. It is not the mind which makes man, nor is it the body; it is mind and body. Our virtues and our failings are inseparable, like force and matter. When they separate, man is no more.
Another argument, which carries considerable force, is frequently made, namely, that war must soon become impossible be cause the means of defense are outstripping the means of attack. This is only in accordance with a fundamental law which may be expressed by the statement that it is easier to destroy than to build.” source

“The strength of a man's virtue must not be measured by his efforts, but by his ordinary life.” Blaise Pascal, Pensées

“All virtues are less formidable to us once the man is aware that he has them, but this is specially true of humility.” C. S. Lewis, The Screwtape Letters

“The firm, the enduring, the simple, and the modest are near to virtue.” Confucius, Analects 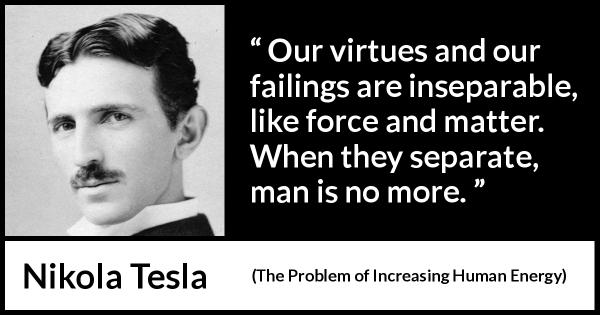 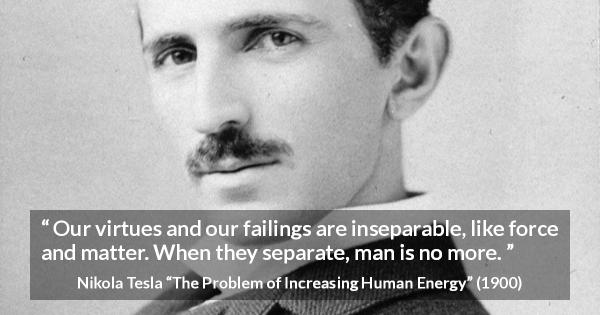 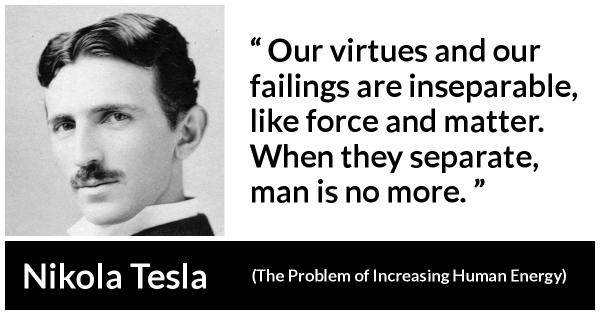 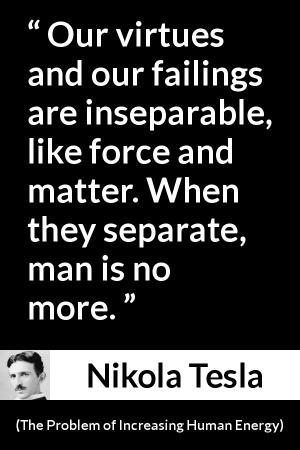 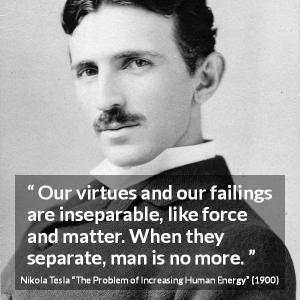 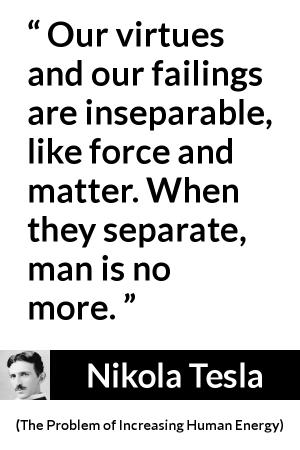