“ When bad men combine, the good must associate ”
Edmund Burke, Thoughts on the Cause of the Present Discontents (1770). copy citation

“No man, who is not inflamed by vain-glory into enthusiasm, can flatter himself that his single, unsupported, desultory, unsyste-matic endeavours are of power to defeat the subtle designs and united Cabals of ambitious citizens. When bad men combine, the good must associate; else they will fall, one by one, an unpitied sacrifice in a contemptible struggle.
It is not enough, in a situation of trust in the commonwealth, that a man means well to his country; it is not enough that in his single person he never did an evil act, but always voted according to his conscience, and even harangued against every design which he apprehended to be prejudicial to the interests of his country.” source

“Men always love what is good or what they find good; it is in judging what is good that they go wrong.” Jean-Jacques Rousseau, The Social Contract

“A good act does not wash out the bad, nor a bad act the good. Each should have its own reward.” George R. R. Martin, A Clash of Kings

“They say, best men are moulded out of faults; and, for the most, become much more the better for being a little bad” William Shakespeare, Measure for Measure 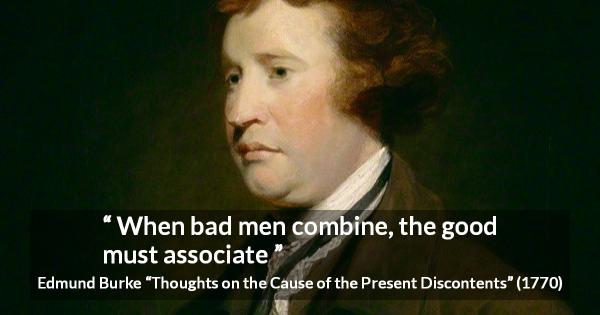 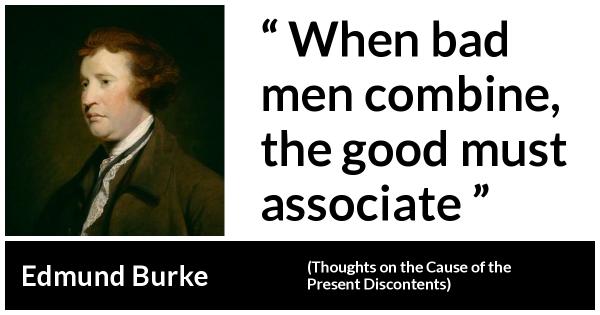 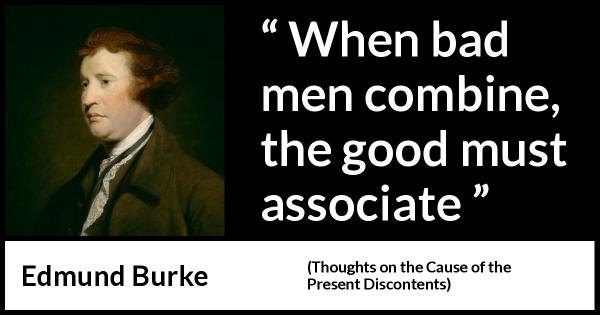 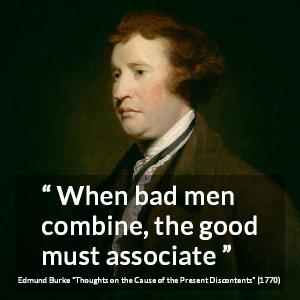 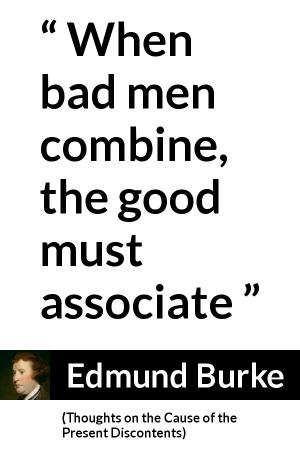 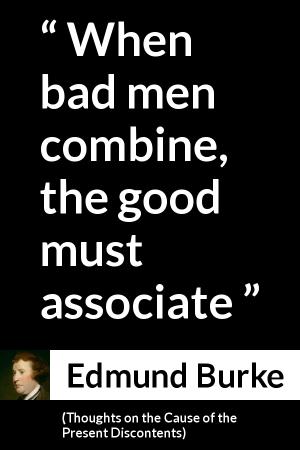