“ If you have built castles in the air, your work need not be lost; that is where they should be. Now put the foundations under them. ”
Henry David Thoreau, Walden (1854). copy citation

“He will put some things behind, will pass an invisible boundary; new, universal, and more liberal laws will begin to establish themselves around and within him; or the old laws be expanded, and interpreted in his favor in a more liberal sense, and he will live with the license of a higher order of beings. In proportion as he simplifies his life, the laws of the universe will appear less complex, and solitude will not be solitude, nor poverty poverty, nor weakness weakness. If you have built castles in the air, your work need not be lost; that is where they should be. Now put the foundations under them.
It is a ridiculous demand which England and America make, that you shall speak so that they can understand you. Neither men nor toad-stools grow so. As if that were important, and there were not enough to understand you without them.” source

“I can’t sit still and see another man slaving and working. I want to get up and superintend, and walk round with my hands in my pockets, and tell him what to do.” Jerome K. Jerome, Three Men in a Boat 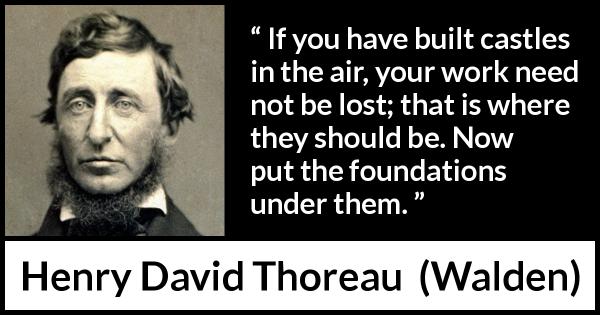 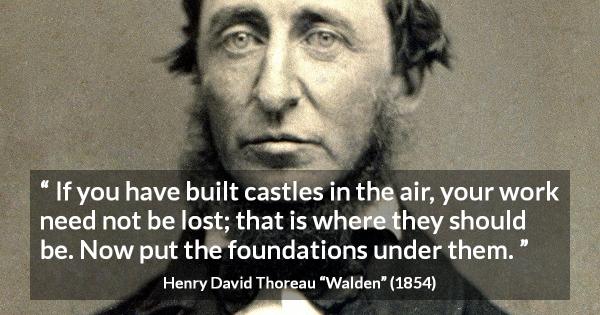 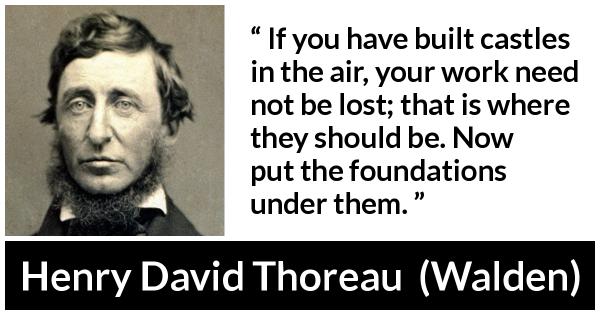 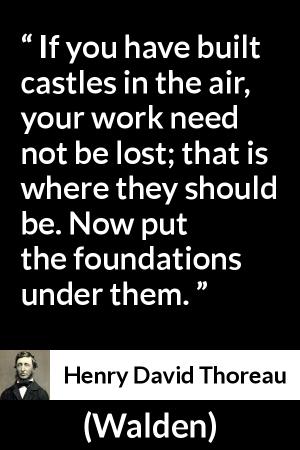 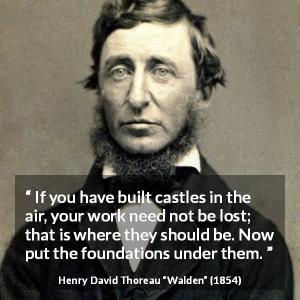 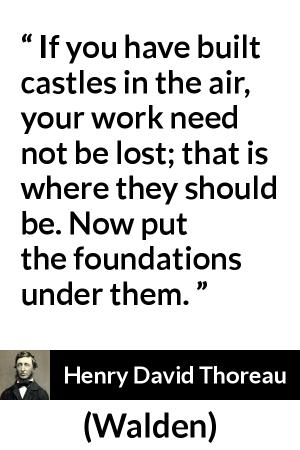