“The fact that I had a permanent fiancé was little compensation for his absence: I had never thought about it, but summer was Dill by the fishpool smoking string, Dill's eyes alive with complicated plans to make Boo Radley emerge; summer was the swiftness with which Dill would reach up and kiss me when Jem was not looking, the longings we sometimes felt each other feel. With him, life was routine; without him, life was unbearable. I stayed miserable for two days.
As if that were not enough, the state legislature was called into emergency session and Atticus left us for two weeks. The Governor was eager to scrape a few barnacles off the ship of state; there were sit-down strikes in Birmingham; bread lines in the cities grew longer, people in the country grew poorer.” source

“It is a hard thing to leave any deeply routined life, even if you hate it.” John Steinbeck, East of Eden

“Life was not so horrible if it was meaningless, and he faced it with a strange sense of power.” W. Somerset Maugham, Of Human Bondage

“For death is gain to him whose life, like mine, Is full of misery.” Sophocles, Antigone

“The life of a solitary man will be certainly miserable, but not certainly devout.” Samuel Johnson, The History of Rasselas, Prince of Abissinia 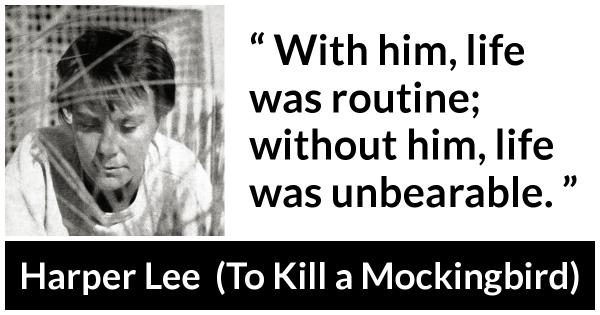 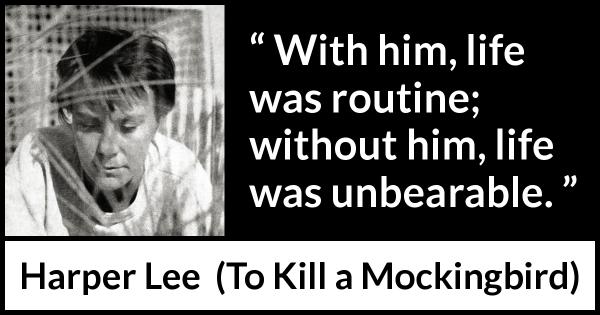 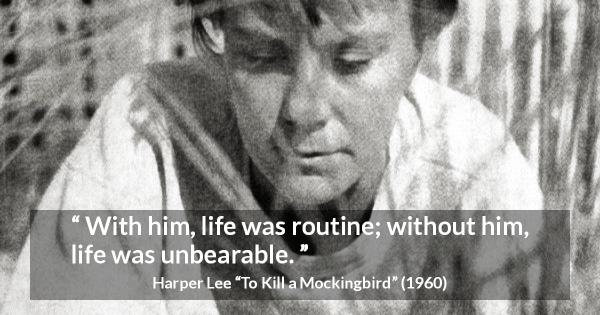 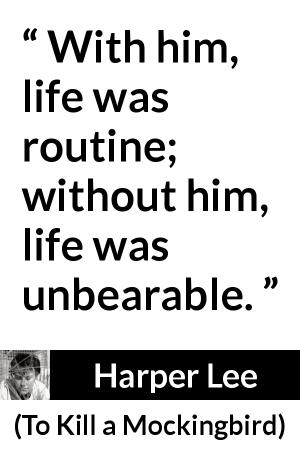 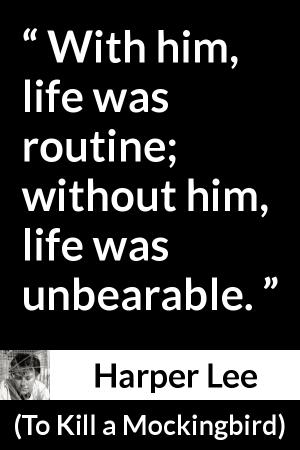 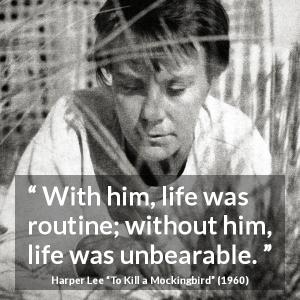