“ Any woman who is sure of her own wits is a match at any time for a man who is not sure of his own temper. ”
Wilkie Collins, The Woman in White (1859). copy citation

“I could only assure myself that the way was clear, and then leave the house with the two letters safe in my pocket.
On my way to the village I prepared myself for the possibility of meeting Sir Percival. As long as I had him to deal with alone I felt certain of not losing my presence of mind. Any woman who is sure of her own wits is a match at any time for a man who is not sure of his own temper. I had no such fear of Sir Percival as I had of the Count. Instead of fluttering, it had composed me, to hear of the errand on which he had gone out. While the tracing of Anne Catherick was the great anxiety that occupied him, Laura and I might hope for some cessation of any active persecution at his hands.” source

“No sensible man ever engages, unprepared, in a fencing match of words with a woman.” Wilkie Collins, The Woman in White

“Men will love to the last, but they love what is fresh and new. A woman's love can live on the recollection of the past, and cling to what is old and ugly.” Anthony Trollope, Phineas Redux

“Woman knows man well enough where he is weak, but she is quite unable to fathom him where he is strong. The fact is that man is as much a mystery to woman as woman is to man. If that were not so, the separation of the sexes would only have been a...” Rabindranath Tagore, The Home and the World

“There is no cruelty greater than a woman's to a man who loves her and whom she does not love; she has no kindness then, no tolerance even, she has only an insane irritation.” W. Somerset Maugham, The Moon and Sixpence

“No man is offended by another man's admiration of the woman he loves; it is the woman only who can make it a torment.” Jane Austen, Northanger Abbey

“Men always want to be a woman's first love. That is their clumsy vanity. We women have a more subtle instinct about things. What we like is to be a man's last romance.” Oscar Wilde, A Woman of No Importance 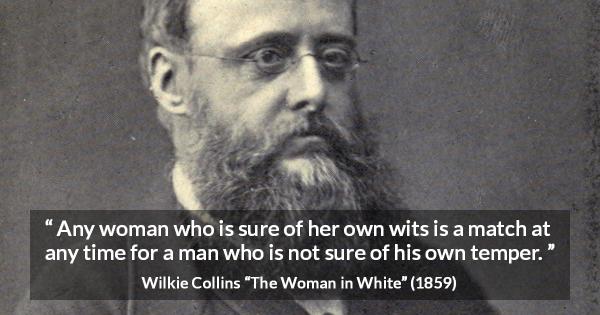 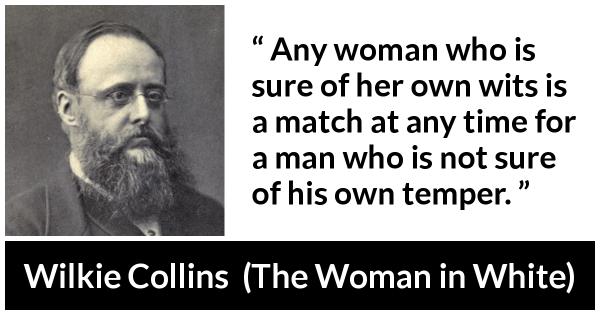 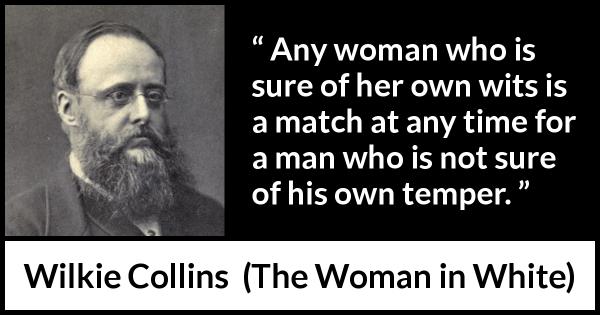 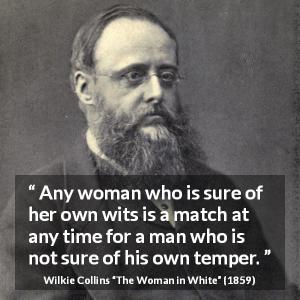 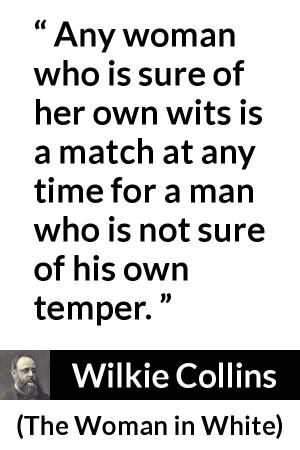 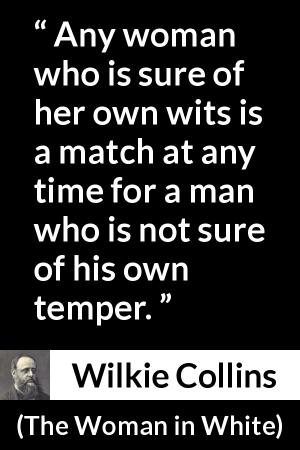